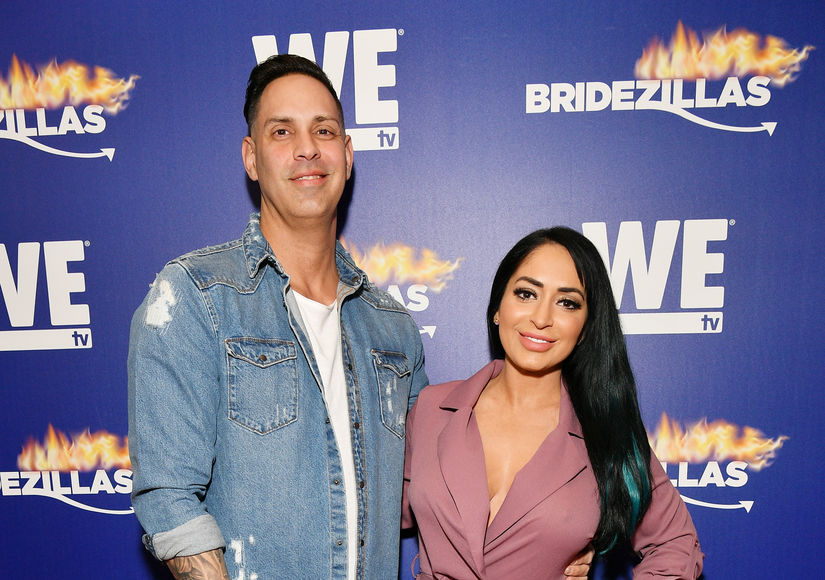 On Wednesday, Angelina tied the knot with Chris Larangeira at the Park Château Estate & Gardens in East Brunswick, New Jersey, Us Weekly reports.

A few weeks ago, Angelina celebrated at her bachelorette party in New Orleans.

JWoww told Us Weekly that “a lot went down” during the trip, adding, “It comes to a head with Angelina and Jenni, and just, the meatballs are meatballs. I let the mom thing go for a minute and just decided to have a good time with my girls.”

Last month, Angelina celebrated her bridal shower. She wrote on Instagram, “My lovely bridesmaids and maid of honor. Thank you for such a special day today. I wouldn’t of done it without you guys.”

JWoww and Snooki were not in attendance.

Angelina and JWoww had been feuding on recent episodes of “Jersey Shore: Family Vacation.” It has been reported that Farley’s boyfriend Zack Clayton Carpinello got a little too friendly with Pivarnick at the club.

Farley sided with her boyfriend, arguing, “I’ve been with him for six months and he’s never disrespected me. You, on the other hand, have been the 10-year f**king plague.”

Pivarnick defended herself, saying, “You made a lie about me trying to kiss your boyfriend because you want to deflect. Because your f**king boyfriend grabbed me.”

It looks like they’ve hashed things out since then!