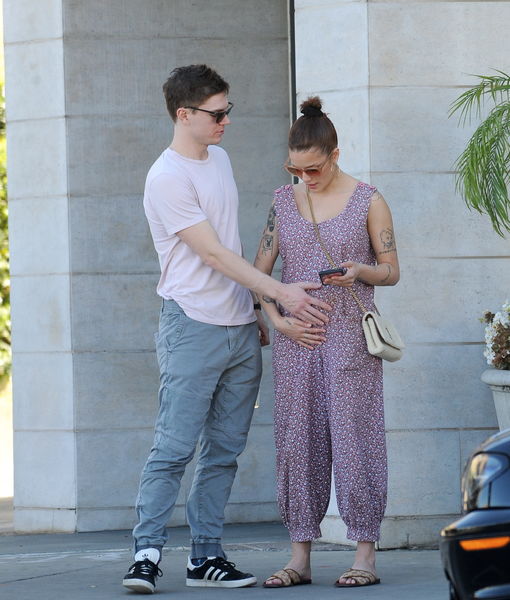 A new series of photos shows the two enjoying a PDA-filled day in Santa Monica. In one, Evan appears to be touching Halsey's tummy like a daddy-to-be.

Along with kissing and soaking up some sun at the beach, the couple is also seen eating from a box of doughnuts at Sidecar Doughnuts & Coffee. Shop. 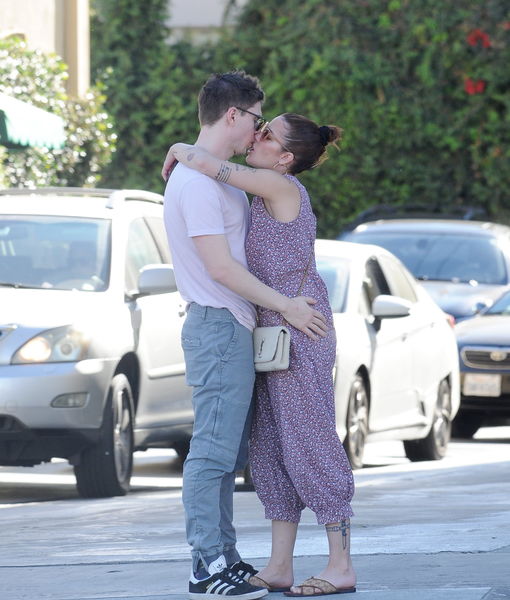 Halsey shut down the pregnancy rumors on Twitter. On Monday, she tweeted, “Still not pregnant. Still just allergic to gluten. Still love pancakes.”

Halsey recently confirmed her relationship with Evans on "The Ellen DeGeneres Show," making it Instagram official with Evan in late October.

They had sparked dating rumors in September when, a day before the Emmys, the two were seen enjoying each other’s company at Six Flags Magic Mountain in Los Angeles.

In photos obtained by DailyMailTV, Halsey and Evan were seen holding hands while riding the Goliath roller coaster, which features a 180-foot drop.

A source told the outlet, “They were laughing and flirting the whole time while we waited for the ride, it looked really romantic.”

“They were smiling and laughing together and looking into each other's eyes as they were waiting for the ride to start,” the bystander continued. “When we got off the roller coaster, we bought the photo of them on the ride and saw that they were holding hands, their fingers were intertwined.”

In the past, Halsey has shown her interest in Evan on social media. In 2012, she tweeted, “Seriously Evan Peters stop making me attracted to alleged sociopaths and accused murderers….”

A year later, she tweeted, “Petition for Evan Peters to date me.”

At the time, Evan was dating Emma Roberts, who was his on-again, off-again girlfriend/fiancée until earlier this year. A source recently told Us Weekly, “Emma and Evan were heading for a split and now are just friends. Evan has moved out. It wasn’t a bad breakup.” 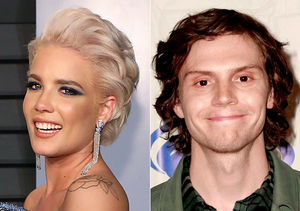 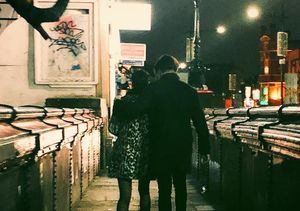 Actor Ethan Suplee on His Amazing Transformation, and Losing More… 10