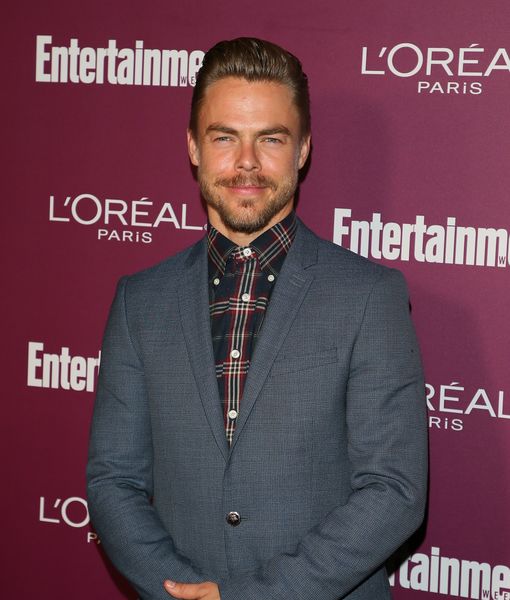 "Dancing with the Stars" alum Derek Hough, 34, is on the road to recovery after undergoing emergency surgery.

On Saturday, Derek revealed that he'd had surgery for acute appendicitis. He wrote on Instagram, "Woke up at 3am with a severe and a sharp pain in my abdomen. Knew something wasn’t right. Turned out it was appendicitis and had surgery to remove my appendix straight away. This is me immediately after, still a little(a lot) medicated."

Following the surgery, Derek was back on his feet. He was even able to give his girlfriend Hayley Erbet a "(sexy) little dance."

Hayley responded to the video, "I don’t know anyone that would be sexier than you in a hospital gown and blood clot socks."

Before undergoing surgery, Derek revealed on his Instagram Story, "So, I just got back from South Korea and literally landed and my stomach started hurting really bad and it just progressively got worse and worse and worse."

After waking up "to severe pain" in his abdomen, he decided it was time to go to a hospital. Hough elaborated, "By the way, I could barely walk. I was kind of crawling around the floor hunched over in pain. So Hayley drove me to the hospital and anyways, long story short, it's acute appendicitis and I'm about to have surgery."

Derek and Hayley have been dating since 2015. They met on "Dancing with the Stars." 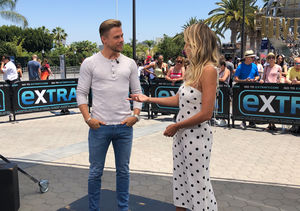 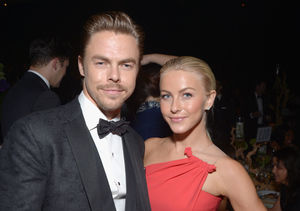