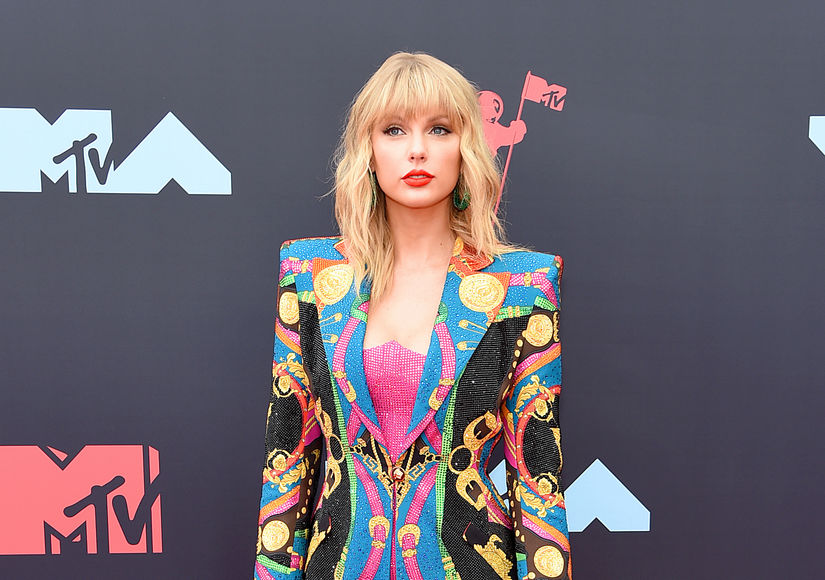 UPDATE: BMLG just released a statement, revealing, “The Big Machine Label Group and Dick Clark Productions announce that they have come to terms on a licensing agreement that approves their artists’ performances to stream post show and for re-broadcast on mutually approved platforms. This includes the upcoming American Music Awards performances. It should be noted that recording artists do not need label approval for live performances on television or any other live media. Record label approval is only needed for contracted artists' audio and visual recordings and in determining how those works are distributed.”

Swift is accusing Braun, who bought the rights to her music, and her former label of stopping her from performing a medley of her greatest hits at the American Music Awards.

In a statement, Swift tweeted, “Scott Borchetta and Scooter Braun have now said that I’m not allowed to perform my old songs on television because they claim that would be re-recording my music before I’m allowed to next year.”

Swift called out Braun and Borchetta for “exercising tyrannical control” over her old music. She claimed that they also “have declined the used of my older music or performance footage” for an upcoming Netflix documentary.

According to Swift, Borchetta would only allow her to use the music if she agreed “to not record copycat versions of my songs next year,” and if she would stopping slamming them in the media.

“I feel very strongly that sharing what is happening to me could change the awareness level for other artists and potentially help them avoid a similar fate. The message being sent to me is very clear. Basically, be a good little girl and shut up. Or you’ll be punished,” Taylor stressed. “I just want to be able to perform my OWN music. That’s it… Right now my performance at the AMA’s, the Netflix documentary and any other recorded events I am planning to play until November of 2020 are a question mark.”

Big Machine Records forcefully denied Taylor’s claims, telling Us Weekly, “As Taylor Swift’s partner for over a decade, we were shocked to see her Tumblr statements yesterday based on false information. At no point did we say Taylor could not perform on the AMAs or block her Netflix special. In fact, we do not have the right to keep her from performing live anywhere. Since Taylor’s decision to leave Big Machine last fall, we have continued to honor all of her requests to license her catalog to third parties as she promotes her current record ['Lover'] in which we do not financially participate.”

The label accused Swift of “contractually owing millions of dollars and multiple assets to our company, which is responsible for 120 hardworking employees who helped build her career.”

“We have worked diligently to have a conversation about these matters with Taylor and her team to productively move forward. We started to see progress over the past two weeks and were optimistic as recently as yesterday that this may get resolved,” the label argued. “However, despite our persistent efforts to find a private and mutually satisfactory solution, Taylor made a unilateral decision last night to enlist her fanbase in a calculated manner that greatly affects the safety of our employees and their families.”

The label ended the statement by saying, “Taylor, the narrative you have created does not exist. All we ask is to have a direct and honest conversation. When that happens, you will see there is nothing but respect, kindness and support waiting for you on the other side. To date, not one of the invitations to speak with us and work through this has been accepted. Rumors fester in the absence of communication. Let’s not have that continue here. We share the collective goal of giving your fans the entertainment they both want and deserve.”

Taylor’s publicist Tree Paine later told "Extra" in a statement that BMLG did deny use, claiming, "The truth is, on October 28, 2019 at 5:17 p.m. the Vice President, Rights Management and Business Affairs from Big Machine Label Group sent Taylor Swift's team the following: 'Please be advised that BMLG will not agree to issue licenses for existing recordings or waivers of its re-recording restrictions in connection with these two projects: The Netflix documentary and The Alibaba Double Eleven event.'"

In response to the claims that Taylor owes money to the label, Paine said on Twitter, “An independent, professional auditor has determined that Big Machine owes Taylor 7.9 million dollars for unpaid royalties over several years.”

Scooter hasn’t commented on the public drama with Taylor.

Taylor’s close friend Selena Gomez expressed that she was “extremely angry” over the drama on her Instagram Story. She wrote, “It’s greed, manipulation and power. There is no heart of thought of anyone else. No respect for the words my friend has written since she was a 14 year old in her bedroom. You’ve robbed and crushed one of our best song writers of our time an opportunity to celebrate all of her music with fans and the world.”

Scott and Scooter, you know what the right thing to do is 🙏🙏
Taylor and her fans deserve to celebrate the music!!

Hey man. Good for you. But you don’t become Taylor Swift that way. It takes an army. Everyone wants a different career and a different path, 100% But insinuating she should have known or done better to reach her magnitude is negligent. https://t.co/2viXU8NRGu

Solidarity with Taylor here, this sounds awful, and people wonder why music hasn’t had its #MeToo moment ? https://t.co/lqfRVfhDYK

In July, Taylor expressed her displeasure over Scooter owning the rights to her entire music catalogue through her last album, “Reputation.”

Swift wrote on Tumblr, “I learned about Scooter Braun’s purchase of my masters as it was announced to the world. All I could think about was the incessant, manipulative bullying I’ve received at his hands for years.”

Taylor ended her note by saying she was “sad and grossed out” by Braun’s acquisition.

Braun did not comment directly on Swift’s post, but sources told “Extra” that he was hurt and shocked that she put out these statements, saying it had affected his family. According to the insiders, he wanted to discuss the matter with Taylor privately over the phone.

On the company website, Borchetta argued that he personally contacted Taylor to make her aware of the acquisition. He said, “I personally texted Taylor at 9:06pm, Saturday, June 29th to inform her prior to the story breaking on the morning of Sunday, June 30th so she could hear it directly from me… I guess it’s possible that she might not have seen my text. But, I truly doubt that she “woke up to the news when everyone else did." 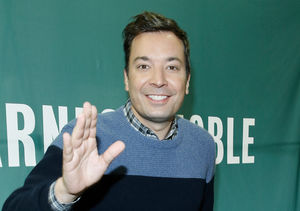 Jimmy Fallon on That Hilarious Taylor Swift Video, Plus: His New Book