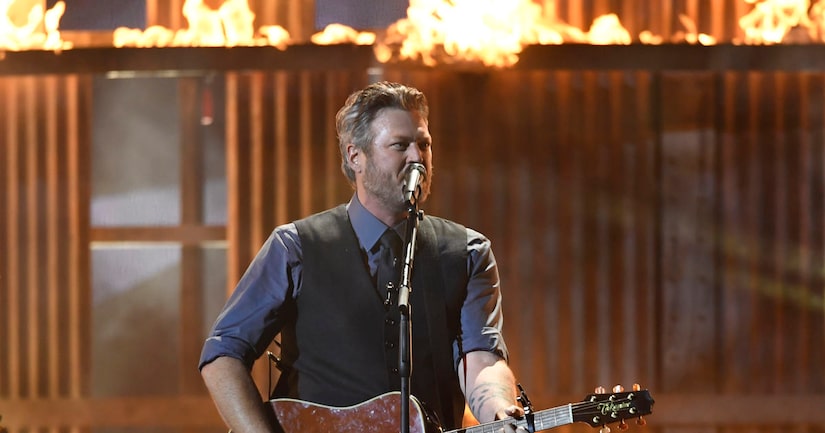 It was a big night for Blake Shelton at the Country Music Awards, where he won Single of the Year for “This Is God's Country.”

“Extra's” Alecia Davis chatted with Blake backstage, where he dished on fellow “The Voice" judge John Legend being named People's Sexiest Man Alive. Two years after Blake was given the honor, his girlfriend Gwen Stefani teased him with a picture of Legend taped to his door at “The Voice." 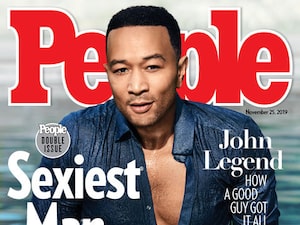 He shared, “She put him on everybody's door, everybody's trailer, John Legend poster. She loves him, we all love him — it's cool.”

When Alecia joked about not knowing who John Legend was, Blake quipped, “Go on, girl! Nobody, he's nobody.”

As for his big win, Blake said, “I never expected at this point in my career, this is 20 years into this, to be winning any award of any kind, maybe lifetime achievement award, to just be out here competing in a way against some of these guys… I'm so appreciative if it, I'm having a blast.”

He went on to say that winning after not being nominated for several years will "wake you up.”

While Blake did his interview solo, he walked the red carpet with Gwen, his date for the evening.