After being linked to “The Bachelorette” favorite Mike Johnson, it looks like singer Demi Lovato has a new man!

On Wednesday, Lovato posted a PDA pic with model Austin Wilson, who is seen kissing her cheek in the snap. She wrote, “My love.”

Wilson shared another photo of the couple in which he is wrapping his arms around her.

It is unknown how long they’ve been dating, but they do have mutual friends, including Thomas Trussell II, who passed away last month.

Weeks before making it Instagram official with Austin, Demi opened up about life a year after her drug overdose. At the Teen Vogue Summut in Los Angeles, she said, “I've changed a lot. I've gone through a lot.”

In October, rumors started swirling that Demi was no longer seeing Mike. A source told E! News, “Demi and Mike's fling has fizzled out and they aren't seeing each other or texting like they were before. Nothing happened, it just ran its course."

“Demi was definitely interested in Mike at one point, but it was short-lived and she wasn't ever planning on dating him seriously,” the insider added. “Mike hopes they can have a second chance again. But for now, he's fine with being friendly."

The month before, Mike gushed about Demi, telling “Extra’s" Jenn Lahmers, “She’s beautiful inside and out. When I say 'beautiful,' I think about someone’s heart, ya know, not just her exterior, and Demi, she’s beautiful both ways.”

As for his perfect date with her, he said, “With Demi, I know some things that she likes. I would make sure that’s personalized to her and she never forgets it.” 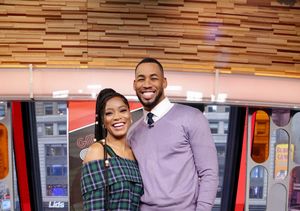 Mike Johnson Asks Out Keke Palmer on the Air! See Her Reaction 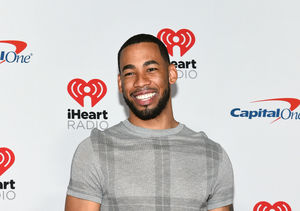 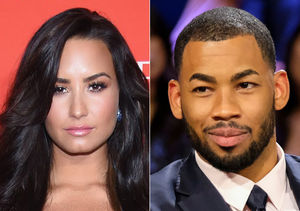