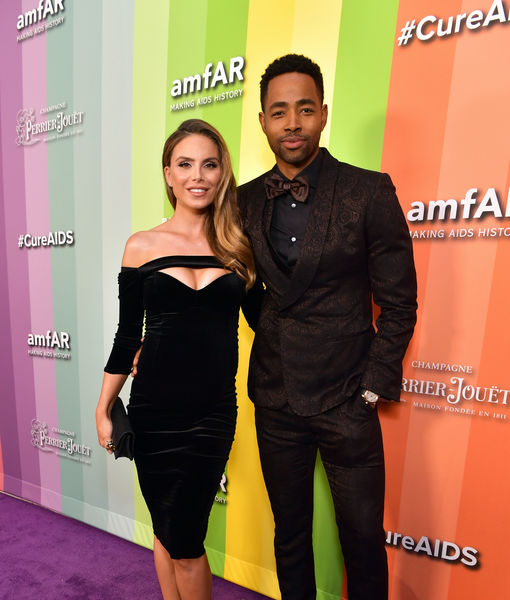 “Insecure” actor Jay Ellis, 37, is a dad for the first time!

Along with posting a pic of their baby’s feet, Nina wrote on Instagram, “And just like that our lives got a whole new meaning. Welcome Nora Grace Ellis ♥️ 8.11.2019.”

Jay shared the same photo, captioning it with a simple blue heart emoji.

Days before their baby’s arrival, Nina shared a bikini photo to count down the days.

Last month, Nina revealed what they were planning to name their baby, writing on Instagram, “Me and Nora had the best time at my favorite event of the year🥰🐎 Thank you @veuveclicquot.”

Nina announced that she was expecting in June, which is the same month she revealed that they were engaged. At the time, she shared that they were planning to get married in the summer. It is unknown if they actually tied the knot.

Jay and Nina have reportedly been dating for at least four years. In 2017, he confirmed the relationship in a "The Breakfast Club" interview, saying, “I am in a relationship. I’m in a very happy relationship, and that’s where I leave it. I don’t really worry about anything else, and that’s it. I think for me, we give so much of ourselves in what we do no matter what side of the industry we’re on, so for me… a relationship for me is probably the most important thing that I think two people can have.”