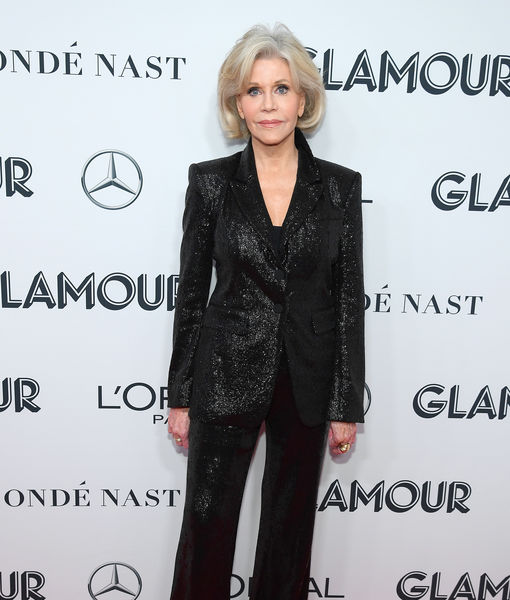 Fresh off her most recent arrest for raising awareness of climate change at protests in D.C., living legend Jane Fonda attended the Glamour Women of the Year event in NYC Monday night.

“Extra’s” Cheslie Kryst caught up with the star, who shared of her passion, “It should be an imprint to issue to everybody, because if we don’t do what’s right, in 11 years the fabric of the environment is going to unravel beyond anything we can control… It's going to affect every aspect of our lives. We should all be concerned.”

The star added, “That’s why I moved to D.C. and I’m engaging in my Fire Drill Fridays with experts and scientists and my celebrity friends to teach about it and engage in civil disobedience and risk getting arrested.”

Of spending time in jail, the 81-year-old said, “The people who should be in mental health facilities are instead in prisons, are in jail… I am a famous white woman, so what is going to happen to me? I’ll be fine. Most of the women in there are African American and poor and in there because of poverty and racism and mental health issues.”

Fonda revealed that other celebs will join her at her Fire Drill Fridays, including "Diane Lane, Kyra Sedgwick, Maura Tierney — lots.”