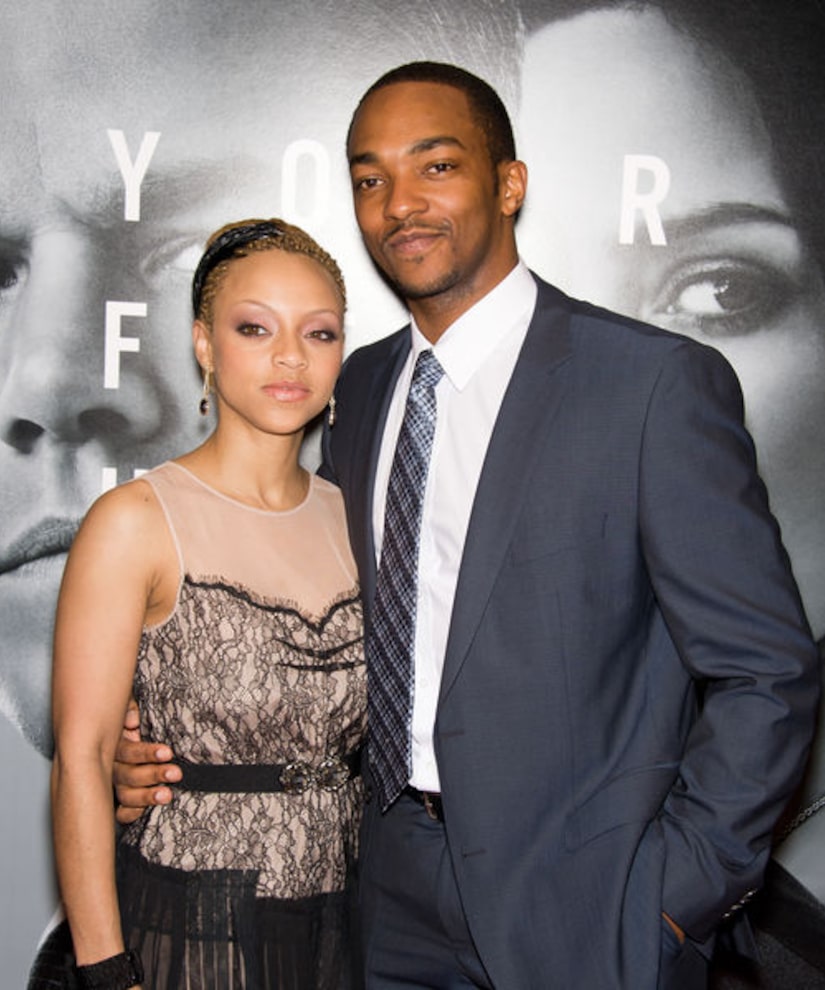 Mackie and Chapital were able to keep their split under wraps for quite some time. TMZ reports Mackie filed for divorce in 2017 and their divorce was finalized the following year.

While the reason for the split is unknown, sources told the outlet the split was amicable and that they agreed to joint custody of their children.

To fuel more rumors, Mackie did not attend the “Avengers: Endgame” premiere with Sheletta earlier this year. She has been his date to red-carpet events before.

The two tied the knot in a secret ceremony in 2014. According to Page Six, Mackie married his childhood sweetheart at the Hard Rock Hotel and Casino in Punta Cana, Dominican Republic, in front of 150 of their close friends and family.

A source shared, “It was low-key and super-relaxed. They had a welcome dinner. We golfed and drank. They went on a honeymoon soon after.”

Months before their nuptials, Anthony opened up about their relationship, telling Queen Latifah, “I was coming from a very bad school and going to a very good. And when I walked into second grade, it was Dr. Seuss day. We had the little hot plate out, and the teacher was making green eggs and hams. So, you know, I walk in and I look and I see this girl with these little ratty pigtails and skinny legs and I was like, 'Wow!'"

The father of four doesn't seem to be letting his divorce affect his work. He is about to promote his upcoming film “The Banker,” which hits theaters December 6.