Country singer Ned LeDoux is mourning the sudden death of his daughter Haven, 2.

In a statement, Ned and wife Morgan revealed on Facebook, “It is with great sadness that Ned & Morgan inform friends and fans that their two-year-old daughter Haven passed away on October 20th due to a tragic choking accident in the home. The LeDoux family appreciates your love and support and is requesting privacy at this time.”

According to Taste of Country, the statement originally read, “Paramedics were called to the family's northeast Kansas home on October 20th and arrived quickly, but attempts to resuscitate her were unsuccessful.”

The family tragedy comes just weeks after Ned and Morgan celebrated Haven's birthday. Along with a smiling photo of Haven, Ned wrote on Instagram, “Turned the big #2 today! Happy to be home for this special day. What a character this one.”

Last year, Ned, son of country star and rodeo champ Chris LeDoux, posted a black-and-white photo of his little girl watching him play guitar. He wrote, “A great way to get ready for one of the biggest shows of the year @chefrontierdays love having my family along for this special occasion.”

Ned and Morgan, married for 11 years, are also the parents of son Branson.

Ned is set to release his album “Next in Line” next month. 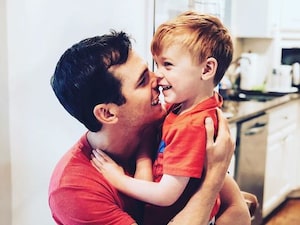