Jimmy Kimmel is back in Brooklyn!

The "Jimmy Kimmel Live!" host is kicking off a week of shows Monday in Brooklyn, and talked all about it with "Extra's" Nate Burleson.

Jimmy smiled, saying of how he feels to be back, "More than anything, I feel full — I ate three-quarters of a pizza last night."

More seriously, he said, "Talking to my guests in this big venue is different, and it’s fun because you really get a reaction."

He's bringing out the big hitters with this series of shows, including guests Bernie Sanders, Alicia Keys and Bruce Springsteen.

He said he is especially excited for Eddie Murphy, who is from Brooklyn. "To be able to interview Eddie Murphy in Brooklyn is like, it doesn’t get any better than that for me. I hope Eddie has some surprises for us."

He's also thrilled to be talking with The Boss, noting, "I have never interviewed him before."

One person not on the roster? "Let me be clear: Matt Damon is always invited on the show every night, always — we just run out of time for him."

Jimmy is always making moments on his show, including when Howard Stern re-proposed to his wife Beth. Saying he has no clue if more big moments are in store, Jimmy admitted, "I did not [know about the proposal], nor did Beth. She was mad because she wasn’t wearing any lipstick.”

The producer said he is also ready for another round of "Live in Front of a Studio Audience" after the smashing success of the show's live renditions of classic "All in the Family" and "The Jeffersons" episodes in May. "We just want to equal it," he said.

Who wouldn't want to work with Jimmy and living legend Norman Lear? Apparently, some big names are circling. "We can’t say quite yet... I am just gonna say this: no one will be disappointed." 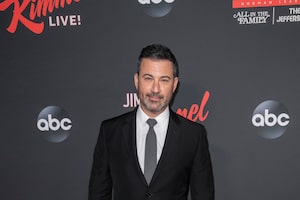 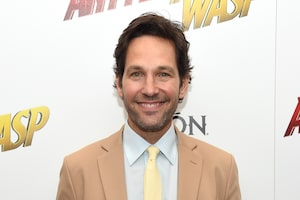 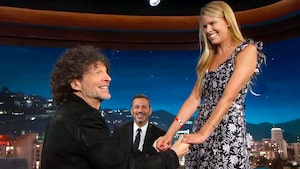 Howard Stern Re-Proposes to Wife Beth, Plus: A Look Back at Their Love