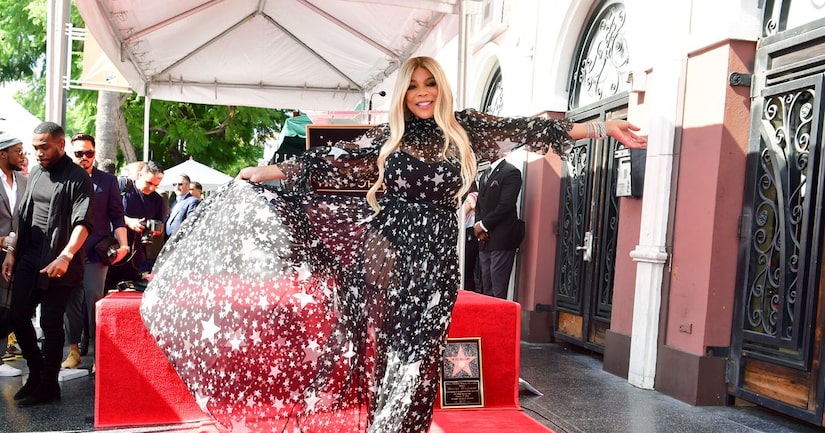 It was a special day for Wendy Williams, who received a star on the Hollywood Walk of Fame.

“Extra's” Jenn Lahmers was with Wendy, who started as a radio DJ and now has a talk show in its 11th season.

Wendy reflected on where she is today, saying, “I mean, you know, just the girl from Jersey, trying to make our bones, trying to figure out how to keep the mic hot without being thrown off.” She added, “You know, I've been having the mic for over 30 years of my career… the last 11 years, I never imagined that would happen.”

Dealing with a lot in her personal life this year from rehab to a public divorce, she said, “I'm genuinely happy about my career today and the direction that it's going to be taking for the next few years.”

She went on, “My personal life has been better than ever, you know, all things considered. I've got love. I've got my family. I've got loyal staffers at 'Wendy,' who aren't just there because it's a paycheck, like, we love each other. You know, I've got great bosses at FOX. What gets better than [CEO of FOX Television Stations] Jack Abernethy coming out of his office to talk about me?”

When Jenn commented that Wendy is looking great, Williams smiled and said, “Well, you don't want to have a hellish year and then look horrible.”

So what would the young Wendy think of herself today? Williams said, “You showed them — and stay humble. It's a pretty heady ride.”