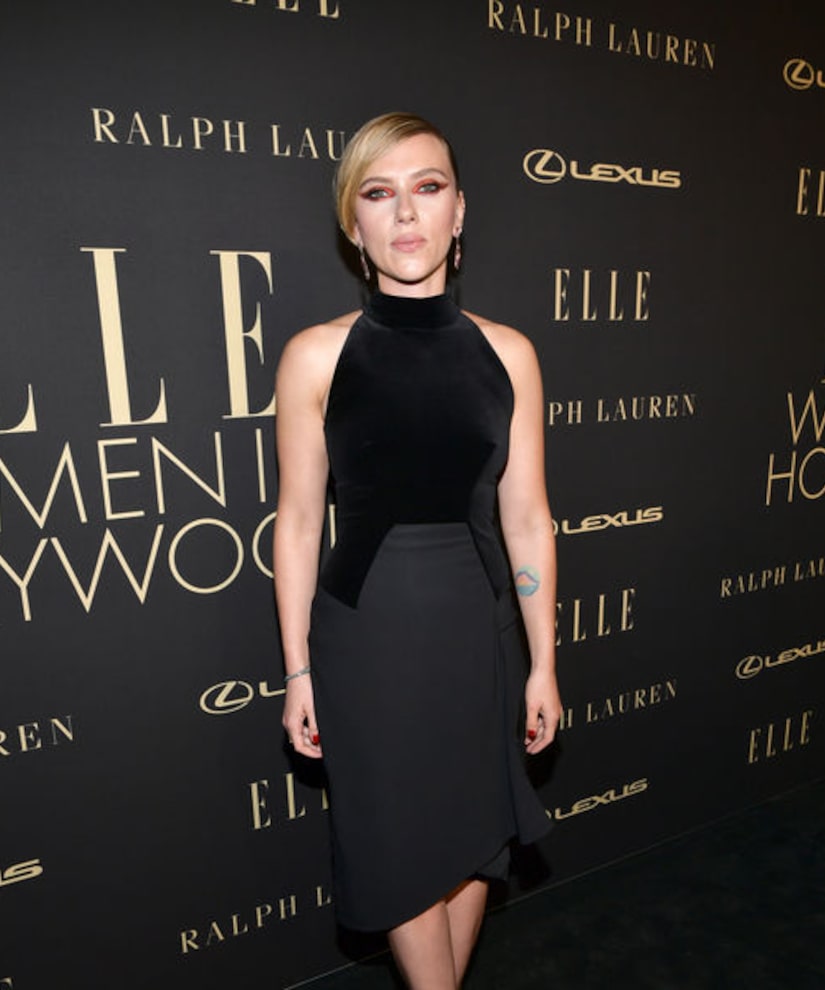 “Extra's” Renee Bargh spoke with Scarlett at Elle's Women in Hollywood event, where she opened up about her life with fiancé Colin Jost and daughter Rose. Referencing her two loves, Scarlett said, “I'm just in a good, creative phase and I'm in a very happy, fulfilling relationship, and I have a beautiful, very healthy, and inspiring daughter, and things are great.”

Scarlett said of Rose, “I learn a lot of stuff from her all the time, but they're mostly factoids about bugs. But kids today are really tuned in. I mean, she's little, she's 5, but she's still innocent and little.”

She went on, “[I] have other friends who have kids that are 12, 13, 14, and they're really politically active and they're connected to one another in ways that we just didn't have access to, which is awesome, because you feel like you're raising a generation of kids that are socially conscious and it's an exciting time to be a young person.”

Johansson took a night off from her promo tour for her new movie “Jojo Rabbit” to be a part of the Elle event, which celebrated female trailblazers in the industry. She explained, “Women honoring other women, and that just feels like a good time.”