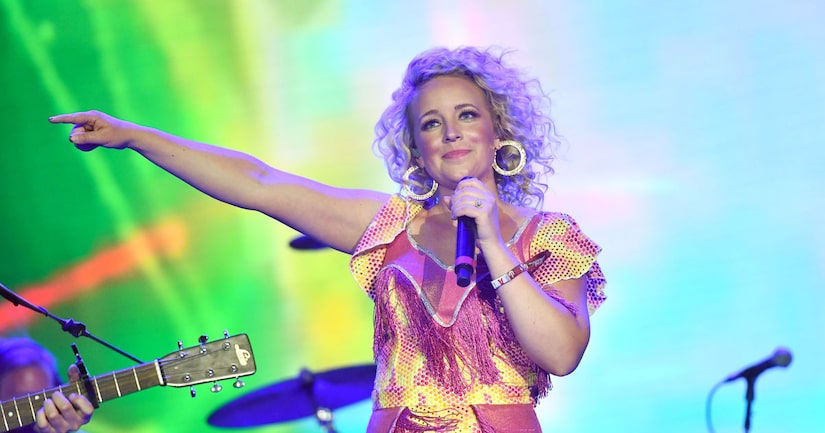 Country singer Cam has been keeping a big secret for seven months!

On Tuesday, Cam, 34, announced that she is expecting her first child with husband Adam Weaver, saying, “We've been keeping a secret to ourselves for the past seven months, but I feel like it's time to let you guys in on it!”

As the camera pans out, Cam cradles her baby bump in a white sweater.

Cam has been able to hide her bump for months with the help of loose and flowy dresses.

The couple tied the knot in 2016. Following their honeymoon in Bali and Tokyo, she told People magazine, “It's just fun saying someone's your husband! I'm excited for our life together, encouraging each other and getting more dogs.”

A year for the wedding, Cam earned a Grammy nomination for her single “Burning House.”

Along with prepping for her baby's arrival, Cam has been busy working on her second solo album.