Ow! Poor Shawn Johnson is on the mend after suffering a painful injury.

38 weeks pregnant and in the ER....... for a broken big toe 🤣 hahaha only me. All is good, just adding a little more swag to my big mama waddle these days.

The star, who is 38 weeks pregnant, landed in an emergency room after she dropped a piece of concrete on her big toe.

Johnson shared the news on her Instagram Stories, assuring fans that the trip to a hospital “had nothing to do with the baby.” 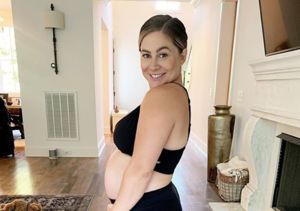 The former gymnast insisted the baby is fine, and that she was skipping pain meds because she’s expecting.

She later shared a pic on Instagram as she iced her foot, writing, “38 weeks pregnant and in the ER……. for a broken big toe 🤣 hahaha only me. All is good, just adding a little more swag to my big mama waddle these days.”

Her husband Andrew East shared a video of the 27-year-old and an X-ray of Johnson’s broken toe. He called her a champ, applauding her pain tolerance.

wild night at @thefamilyeast house last night. tag a friend and comment their pain tolerance 1 to 10. @shawnjohnson broke her toe and was walking on it... 10/10. don’t worry, babes is alright #emergencyroom #marriage #pregnant

The couple announced they were expecting in April. 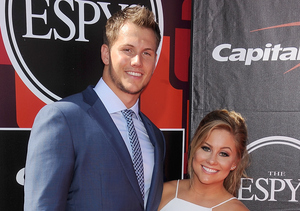