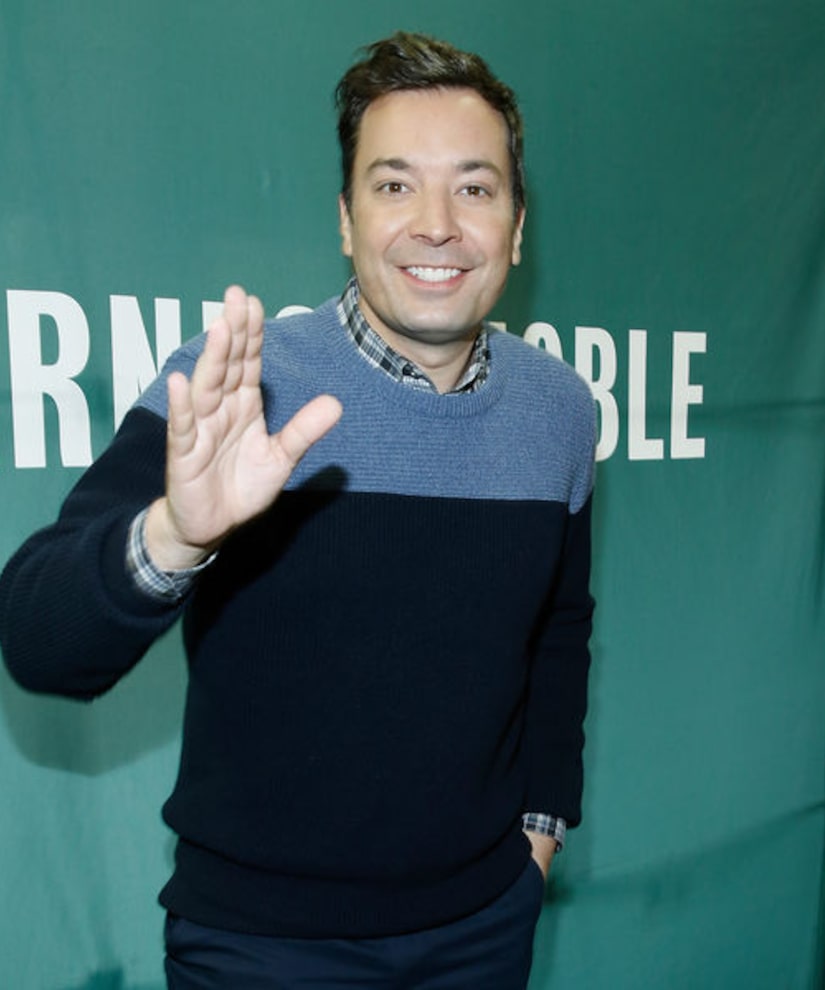 Only “Extra” was with the “Tonight Show” host at an event for his third children's book, “This Is Baby.” Jimmy dished on his epic Taylor Swift interview this week, during which he played a video of her trying to eat a banana post-Lasik surgery when she was clearly still groggy.

He said, “She didn't know we were going to air it. Taylor has been a friend of mine for a while. So when she came on the show, her mom usually saves something fun that we can surprise her with and play. So she, like, slipped it to me. Said, 'Dude, don't tell Taylor, but I videotaped her when she was, uh, after Lasik and she was on these pills... and it's hilarious.'”

Fallon also talked about those sick dance moves he showed off with J.Lo last month as they celebrated “The History of Music Video Dancing.”

“I practiced for probably two weeks for that thing and I still didn't pull it off,” he said. “J.Lo practiced for maybe 20 minutes and she aced it. She's good. I was out of breath… she wasn't even breaking a sweat.”

So who is Jimmy's dream guest? He revealed, “I would love to have the Queen of England on the show.”

He sent Queen Elizabeth this message, “If you're watching, your Highness, please come on the show. We could play beer pong. Whatever you want to do. I'll, I'll let you pick.”

Fallon loves being an author, saying, “'This is Baby'... it's out now, finally.”

His daughters, Winnie, 6, and Frances, 4, are fans. Jimmy said, “I left it out on the kitchen table. I tested it out for the kids. I was like, 'What do you think of this book? Do you like it?' They are looking through it like, 'Octopus,' they love seeing the different animals. It's fun for kids. It's really for babies.”