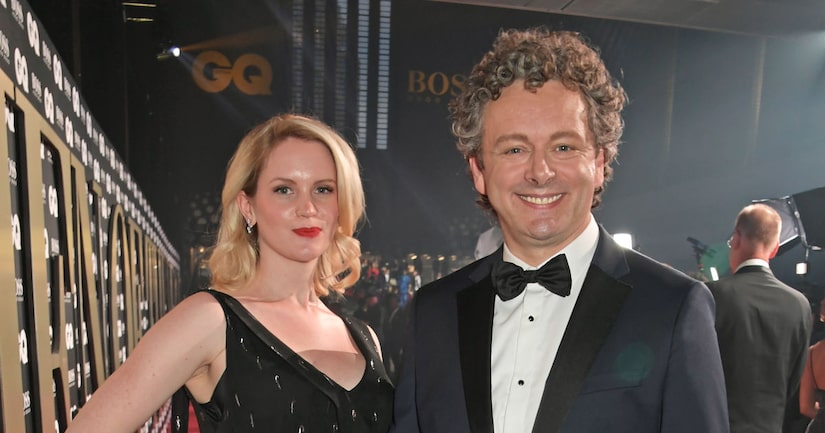 Sheen's girlfriend Anna Lundberg, 25, has given birth to their first child, a baby girl, DailyMail.com reports.

Michael's dad told the outlet, “We are thrilled to bits, over the moon.”

On Wednesday, Sheen seemingly hinted at his baby's arrival, tweeting a quote from e e cummings, “Nobody, not even the rain, has such small hands.”

Earlier this month, Anna and Michael made their red-carpet debut at the GQ Men of the Year event, which he hosted.

She shared on Instagram, “Huge thank you to Hugo Boss for making us all look this wonderfully fabulous on a Tuesday night. 🌟💃💫🔥👏.”

In July, Sheen announced that that they were expecting a baby, tweeting, “Very happy to let everyone know that my partner Anna and I are expecting a little angel of our own. (Just to be clear - we're having a baby!) #nottheantichrist.”

It was the first time that he acknowledged his new girlfriend, who had been posting about the romance for the previous few months.

That same month, Anna posted a pic of her baby bump on Instagram. She shared, “This beautiful bump is growing bigger every day and it thrills me every time I feel an internal somersault, kick or tap. I'm more womanly grounded than ever (is that a thing? It is now.) And so unbelievably proud of what my body is currently doing - PRETTY MUCH ALL BY ITSELF!”

She pointed out that she was “excited, terrified, thrilled, comforted, and completely in love with what's ahead.”

Anna also opened up about her pregnancy struggles, noting, “My waistline's gone. Stretch marks are decorating my thighs. I can't sit down anymore for a longer time without getting uncomfortable. I can't stand up for a longer time without getting uncomfortable. It's uncomfortable to wear a bra. It's uncomfortable to not wear a bra. I'm constantly hungry, but there's no room anymore to eat a big meal. I constantly think I need to pee, but half the times I actually don't. I run out of breath when I walk up a flight of stairs, but I get hot flashes in narrow elevators.”

News broke of their relationship in early July, months after they started dating.

Sheen is also the father of Lily, 20, his daughter with ex Kate Beckinsale.

Sheen and Beckinsale have remained friends since the split. A few years ago, Kate opened up about spending the holidays with Michael and his then-girlfriend Sarah Silverman. She told "Extra" while promoting the "Underworld" franchise, "I quite often go back to the UK for the holidays, but this time, I've been traveling so much, you know, with various work things, that I brought the UK to me, so I'll have my… my family here and my daughter's dad [Sheen] and his girlfriend [Sarah Silverman] will be here and it will be fun.”