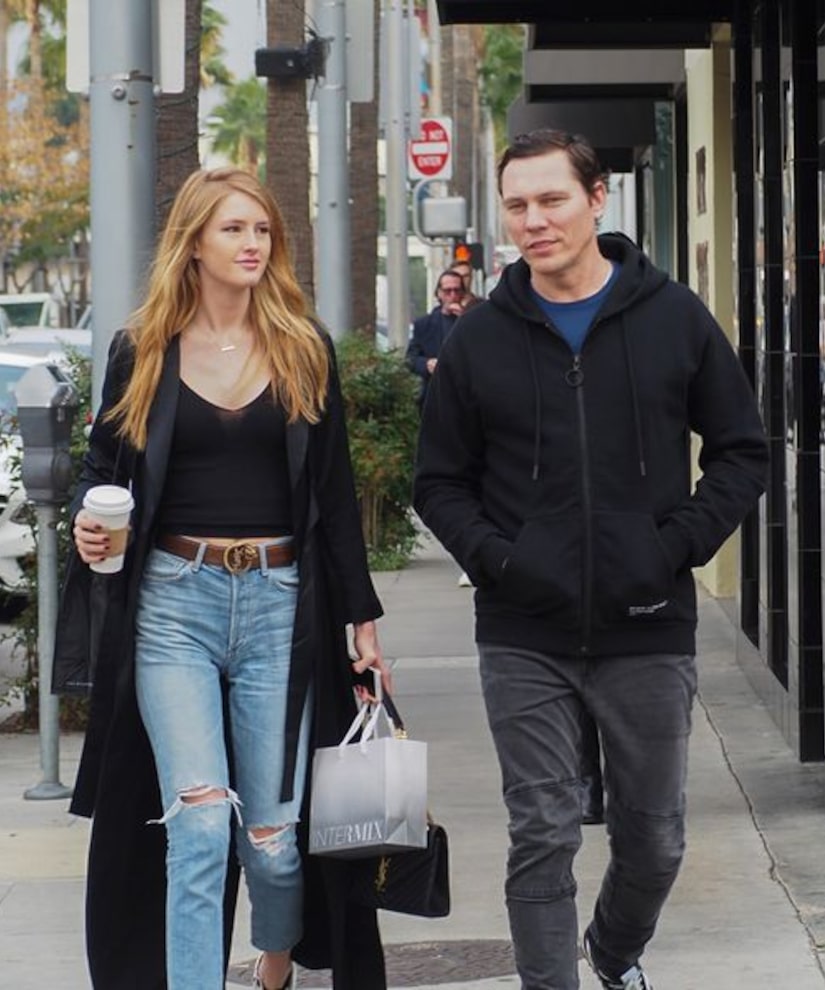 DJ Tiësto is a married man!

Over the weekend, Tiësto, 50, tied the knot with model Annika Backes, 24.

The pair exchanged vows in an intimate ceremony in a desert in Utah. Annika told Vogue, “A city that we both love a lot is Las Vegas, so we started looking at venues there, but we soon decided we wanted it to take place somewhere remote. We explored the option of throwing a party in the desert outside of Las Vegas. But when we got into that more, we knew it was going to be too complicated to pull off. That's when we thought of Amangiri.”

Of their wedding venue, Annika continued, “We love the silence and the scenery that makes you feel like you are on another planet. The contrast of the architecture with the desert is a perfect balance. It looks like you are in a James Bond movie, and that's some of the aesthetic we were going for. We wanted it to be glamorous, romantic, and sexy, while still being natural and intimate, so we rented out the entire resort for the weekend for our 80 guests.”

Tiësto pointed out that the desert was a nice way to get away from his “crazy DJ life.” He explained, “To be in a landscape that has hardly been touched by people is really special. You can see all the stars at night, and the sunsets and sunrises are so special and unique. It's pretty much the most romantic place on earth.”

On their special day, Annika wore Berta for the ceremony and Oscar de la Renta for the reception. She dished, “The sparkle of the Berta in contrast with the backdrop of the natural desert during our ceremony felt like exactly the aesthetic we were going for. In the Oscar, you feel and look like you are floating because of the delicate fabric, A-line shape, and slight translucency, which was perfect for the after-party.”

Tiësto went with Tom Ford for his tuxedo. He said, “I love Tom Ford and everything he designs, so it was easy for me to pick a suit for the rehearsal dinner and wedding. Annika and I are obsessed with James Bond and everything he stands for. He's like a timeless modern masterpiece, and that's definitely the look I was going for with my tuxedo.”

As for how he felt about the wedding, Tiësto commented, “I felt overwhelmed with emotions because we have been in love for so long and thinking about this day forever, and then it was finally here. It was more beautiful and more special than I could have ever imagined. To see everyone I love there and then to see the love of your life walking down the aisle, it is the best feeling in the world.”

The pair got engaged last Thanksgiving. Of his romantic proposal, she shared, “We went to the One and Only in the Maldives for vacation. Unfortunately, for the first nine days we were there it was pouring rain the whole time. Tijs wanted to wait for the perfect sunset, and finally, on our last day, the weather cleared up. Tijs pulled out all the stops and rented out the entire restaurant. I thought we were just going for a romantic dinner, but right when we got to the restaurant I knew something was up. There was a rose petal path leading to one single table, and there was a private band. They had flown in our favorite wine and champagne. I think we were both so excited and nervous that he got down on one knee soon after we got there. It was so romantic and over the top. We were celebrating the rest of the night on the beach and in the water.”

Tiësto and Annika met at Catch restaurant in 2015. She revealed, “We started hanging out for the next two months, and when Coachella came around, we decided the day before to go together. We spent the weekend running around the festival and having the best time, just the two of us. When we didn't get tired of each other for one second, and even flew back to New York City and still didn't want to leave each other, that was when we both knew.” 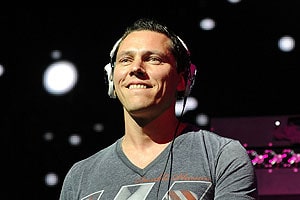