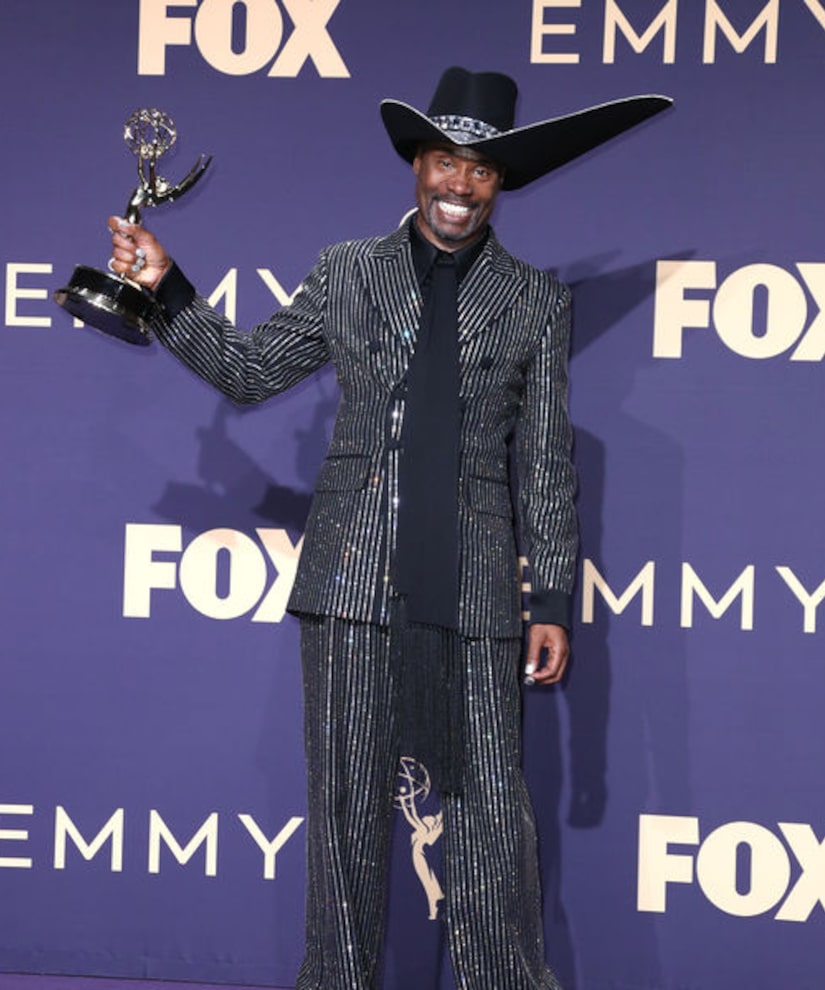 Porter took home the Outstanding Lead Actor in a Drama Series for his portrayal of Pray Tell on FX's “Pose,” making him the first openly gay black man to be nominated and to win.

Backstage, “Extra's” Renee Bargh spoke with Billy, who admitted that his win hasn't sunk in yet. He cried, saying, “This is gonna take some time.”

During his acceptance speech, the 50-year-old told the star-studded audience, “I am so overwhelmed and I am so overjoyed to have lived long enough to see this day.”

Quoting James Baldwin, Billy continued, “It took many years of vomiting up the filth I was taught about myself and halfway believed before I could walk around this Earth like I had a right to be here.”

With tears in his eyes, Billy told Renee, “When I started in this business, I was told that I would never be able to have the success that I wanted to have simply because of who I am and I chose myself, I chose authenticity, I chose my sanity over fame, and here all these years later I get to be myself.”

Where will he put his Emmy? Porter smiled, saying, “I got to build a shelf.”

"Extra's" Jenn Lahmers spoke with Billy about the significance of his show “Pose” on the Emmys red carpet, ahead of his win. Watch!