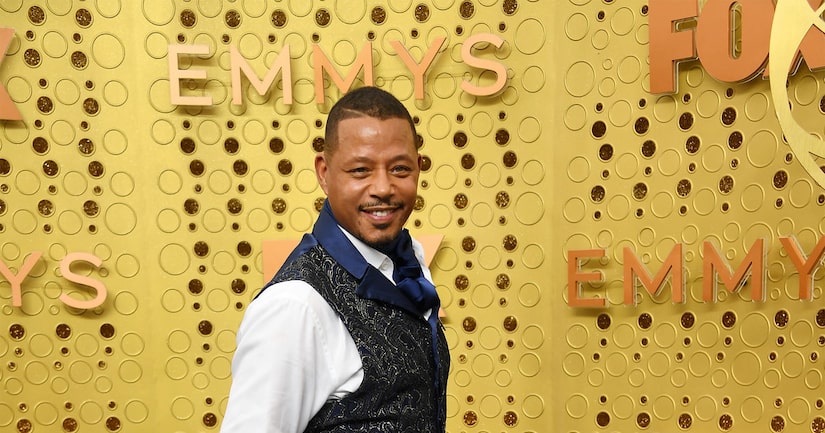 Days after breaking the news to “Extra” that he would no longer act after “Empire,” Terrence Howard stepped out for the Emmy Awards.

“Extra's” Jenn Lahmers spoke with Howard, who opened up about that decision, saying, “I've spent 37 years pretending to be people… I think it's time just to be Terry for a while.”

“As you know, I've got my book, 'One Times One Equals Two,' so I want to go out and promote, teach the new geometry,” Terrence explained. “We are the only creatures in the universe that spend our day watching each other with all our great potential… I think I would like to spend the rest of my life doing something better for humanity, utilizing my brain for something other than memorizing someone's lines.”

The 50-year-old pointed out that he would do activism over philanthropy, saying, “I want the truth to be told.”

As for how he found out that “Empire” would end after the sixth season, Terrence dished, “Lee Daniels called me and he said, 'How many more do you want to do?' and I said 'None'… He said, 'Okay, good, 'cause we're thinking about this being the final one,' and I said, 'Thank God, 'cause, my character has never had a good day.'"

Terrence joked about wrapping up the hit FOX show, saying, “It's sort of training into PTSD 'cause, you know, with the schedule that FOX put together for 'Empire,' it's a lot of high drama… So there is a lot of emotional baggage that they are going to cram into this year… So we have a bunch of therapists lined up so we will be able to walk through that place and maybe come out slightly sane.”

"Empire" returns for its final season on September 24.