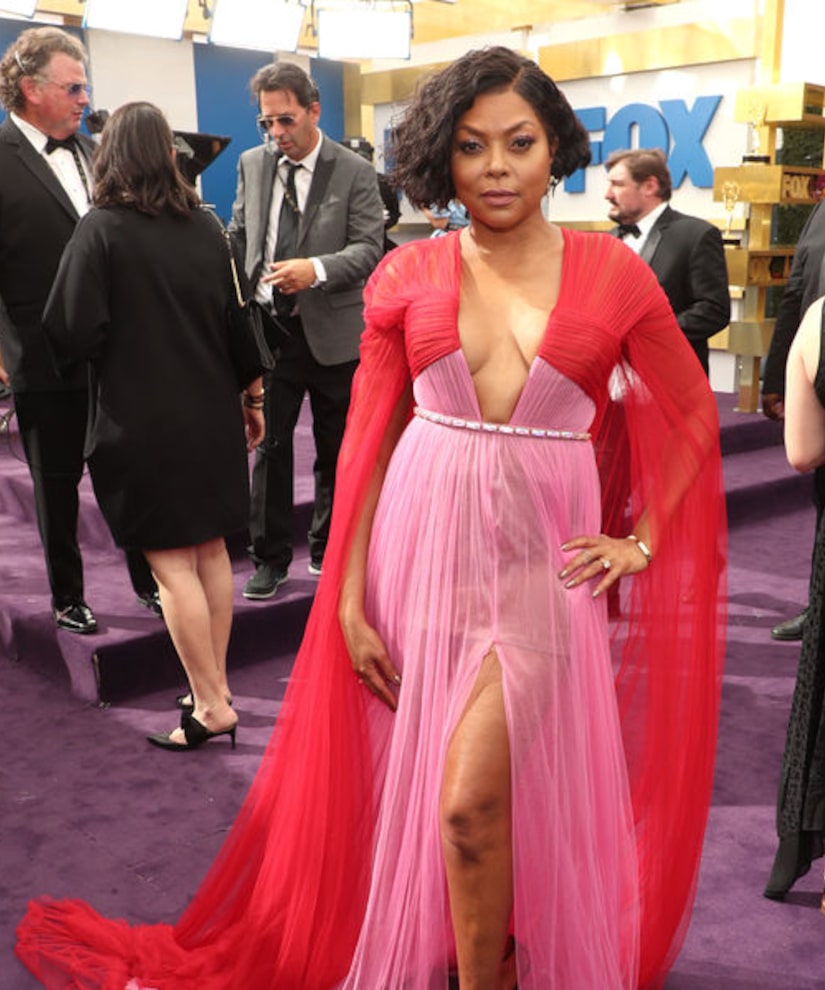 Henson, who looked amazing in Vera Wang, brought her own fan to combat the L.A. heat.

“Extra's” Renee Bargh and Adam Glassman caught up with Henson, who went without fiancé Kelvin Hayden. She said, “The babies had football games today.”

The couple are about six months away from getting married — their wedding date is April 4, 2020.

She'll be wearing Vera Wang for the big day, but the gown is not done yet. She said, “I trust Vera! That's why I had her make the dress, so I don't have to lose sleep. I know she's going to make me look beautiful.”

Taraji also revealed that her Emmys dress was the one she was supposed to wear at the Met Ball, the theme of which was "Camp: Notes on Fashion," saying, “It's less camp.”

In May, Taraji was unable to attend the star-studded Met Gala since she was mourning the sudden death of her close friend, director John Singleton, who passed away at the age of 51 after suffering a stroke.