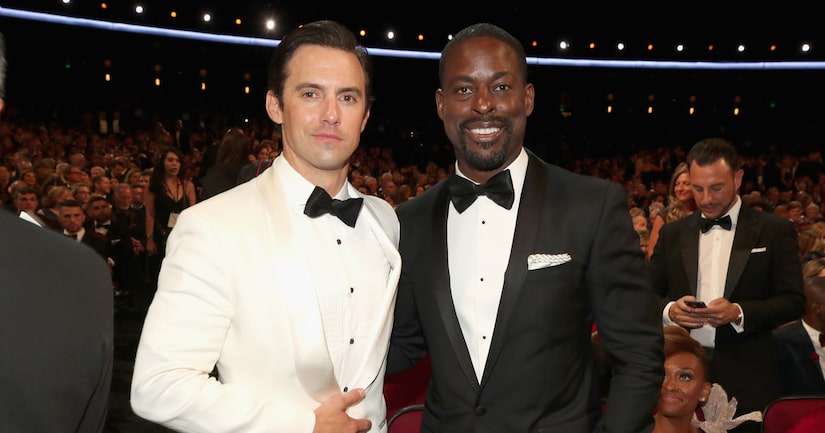 “This Is Us” actor Milo Ventimiglia kicked off Emmy weekend at Audi's pre-Emmy party at Sunset Tower in West Hollywood.

“Extra” caught up with Milo, who talked about being nominated alongside his TV son, Sterling K. Brown, for Outstanding Lead Actor in a Drama Series. Milo said he is not looking at it as a competition, saying, “No, never, man. Sterling is one of the most dynamic actors out there, and to share a show, share a set, and also share a category, I'm honored to be in company with him as well as other actors in the categories.”

Milo did not spill too many details about the upcoming season premiere of “This Is Us,” only saying, “Everyone is amazing. Got some familiar face. The new faces joining the cast are cut from the same cloth as the rest of the cast, rest of the crew — happy to have them.”

Sterling was not at the event, since he was supporting his wife, Ryan Michelle Bathe, at the BET+ launch party. The two-time Emmy winner told “Extra” on the red carpet, “I saw Milo on set today and it's nothing but love. I don't think any of us have any expectations, we're there because we are a little, like, network television show that gets invited to the party — that's the win, that's the win in and of itself.”

Ryan gushed over having Sterling there to support her, saying, “Well, I'm lucky that my husband came out to support me 'cause it feels amazing to do amazing things, but it's always better when you're by my side.”

We'll have to wait and see who takes home the Emmy when the ceremony airs Sunday on FOX.