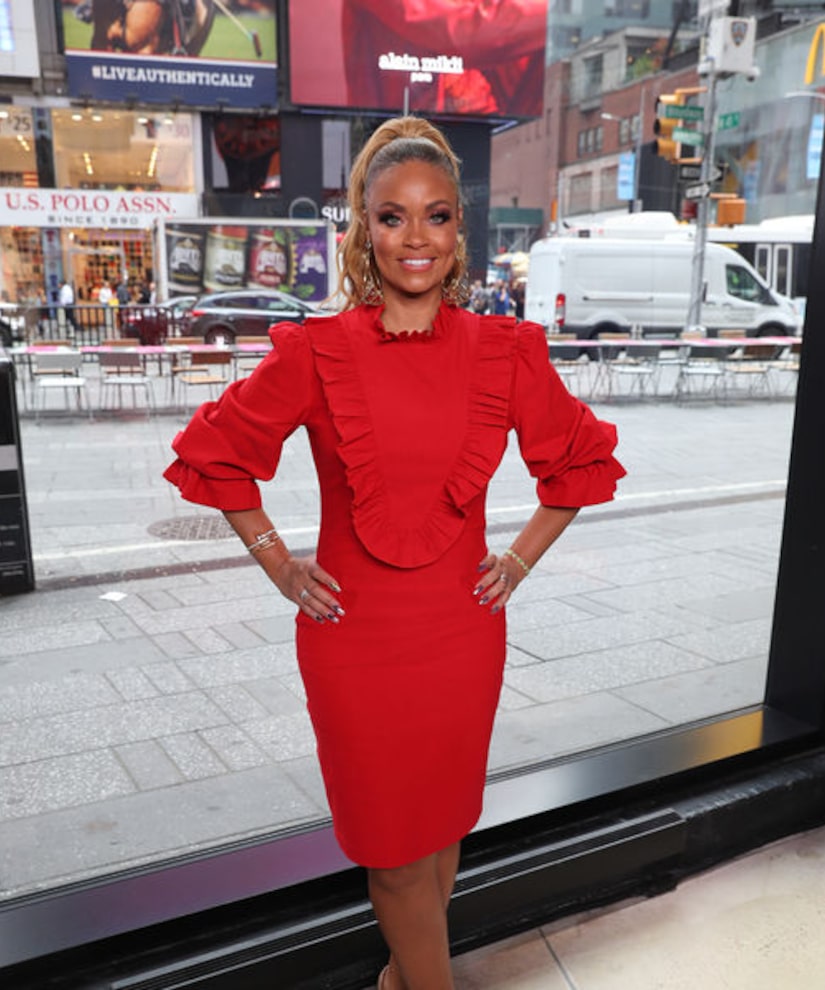 “The Real Housewives of Potomac” star Gizelle Bryant, 49, has a boyfriend… sort of.

“Extra” caught up with Bryant at our Levi's Studio in Times Square, where she dished about re-connecting with her ex-husband Pastor Jamal Harris Bryant, who she divorced in 2009 after seven years of marriage. They had first called it quits due to his alleged infidelity. She said, “I am actually dating my ex-husband, so then what do you call that? That's a little weird, right?”

The two have been back together since last year. She shared, “We have been exploring, um, US for a little while now; we've wanted to keep it between US for a while, but the jig is up.”

“He has been in my life for maybe 20 years. Good, bad, and indifferent, and talking about him I've probably done more than anyone else,” Gizelle explained. “He and I are very good friends, he's probably one of my best friends, and I'm just super proud of who he is and who he has become, so I don't mind talking about the man.”

Over the weekend, her man hung out with another big name, Kanye West, who held a Sunday service at his church in Atlanta. She raved, calling it "phenomenal."

She added, “Kanye West came and he had 150 members of his choir and they did a bunch of songs and it was just inspirational and moving. He had a line wrapped around the door, you know, the whole community trying to get in, and I just feel like when the church can collaborate with culture it's a beautiful thing.”

Bryant also teased what's to come on the “RHWOP” reunion special, saying, “Monique had a baby, Candace got married, Candace's mama hit her upside the head with a purse… There was just a lot going on in Potomac.”

“The Real Housewives of Potomac” airs Sunday nights on Bravo.