Jennifer Lopez is ready to expand her family with fiancé Alex Rodriguez.

Will @JLo perform at the Super Bowl?! Does she want to have more kids w/ A-Rod?

Listen Monday to the full interview 1pm EST on The Hoda Show, but for now make it raiiiin💸💰💵💲💲💰
@SIRIUSXM @hodakotb @TODAYshow @HodaAndJenna pic.twitter.com/9jUHVnrGnL

The next day, Hoda and Meredith Vieira spoke to A-Rod and got his reaction to the baby news.

He initially gave a wide-eyed, stunned, grin, before answering “interesting,” joking, "That's a lot to unpack." Watch the interview here!

Hoda became a mom at 53 when the TV personality and her partner Joel Schiffman adopted daughter Haley Joy, now 2. The couple adopted a newborn, Hope Catherine, earlier this year.

"I see how happy you are, and I think she may want to follow in your footsteps," he said. "Maybe we'll have you over to give us a little teaching, a little tutoring."

Rodriguez, 44, is the father of Natasha, 14, and Ella, 11, from his previous marriage to Cynthia Scurtis.

Lopez is mom to 11-year-old twins Max and Emme with ex-husband Marc Anthony.

Shortly after Alex popped the question, Jennifer told People magazine, “We’re really happy. We have an appreciation for where we are in our lives today, and that’s what we’re enjoying the most.” 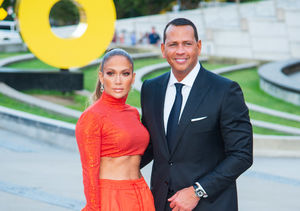 Rodriguez added about their bond, which has gotten stronger over the past years, “We’re in similar places in our life… being born in New York, having Hispanic backgrounds, having two kids, and being in the public eye for almost three decades.”

How do they make it work? She said, “We’re constantly supporting each other and thinking about all the things that we can build together.” 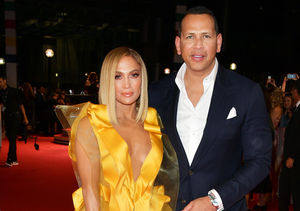 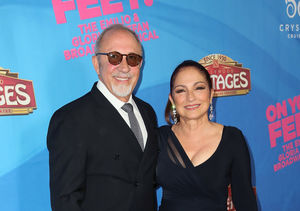 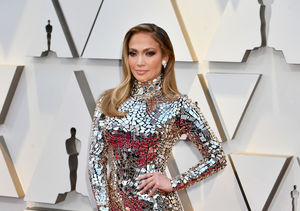