In the photo, she's multitasking as she applies lipstick and does the splits in her underwear.

Rexha included the caption, “This is what 30 looks like. My #BirthdaySuit Self love. Body positivity. Unapologetically me. Pre-show stretch and lipstick application #Not20Anymore.”

She also shared some birthday fun on her Instagram Stories, as she enjoyed baked goods at Royal Crown on Staten Island.

Over the weekend, she told “Extra's” Special Correspondent Megan Ryte about her birthday plans. The star, who is touring with the Jonas Brothers, shared, “I'm turning 30, playing at Madison Square Garden, and dropping a new song the same day.”

She was also planning on dinner with family and friends at Carbone in NYC.

As promised, Bebe did drop a new song, aptly called, “Not 20 Anymore.” Check out the video here! 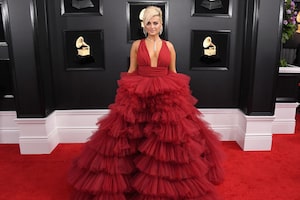 Why Bebe Rexha Won’t Filter Herself After Fashion Revelation 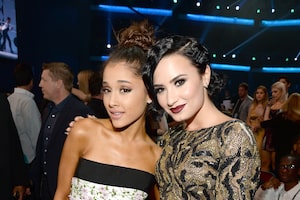 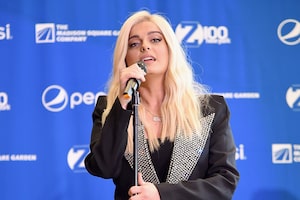 ‘Monster’ Moment! Bebe Rexha Reveals When She Knew She'd Made It in Music