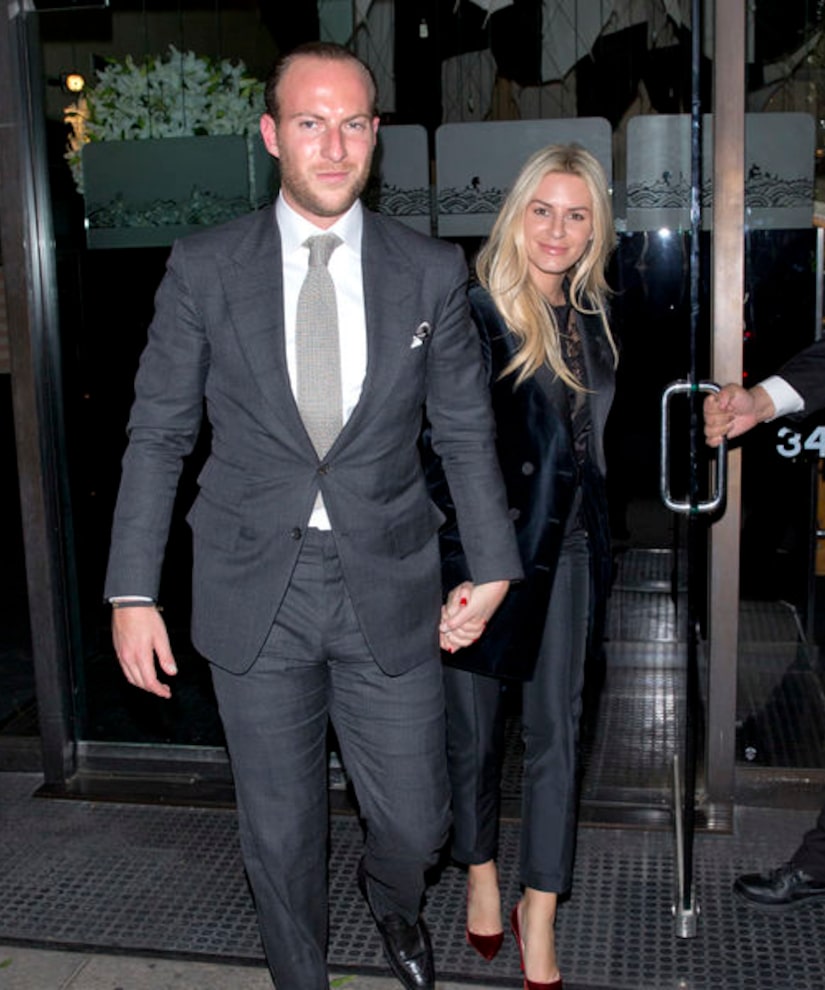 “Rich Kids of Beverly Hills” co-stars Morgan Stewart and Brendan Fitzpatrick, both 30, have called it quits.

On Friday, Stewart announced the split on her Instagram Story. She wrote, “Brendan and I have spent six wonderful years together, but we have made the difficult decision to go our separate ways.”

“I wanted to make time to clarify that our reason for separating has nothing to do with anything other than two people who sadly grew apart,” Morgan emphasized. “Thank you from the bottom of my heart for the extremely heartfelt and supportive messages so many of you have sent — they have meant the world to me. I will always have a tremendous amount of love and respect for Brendan and our relationship.” 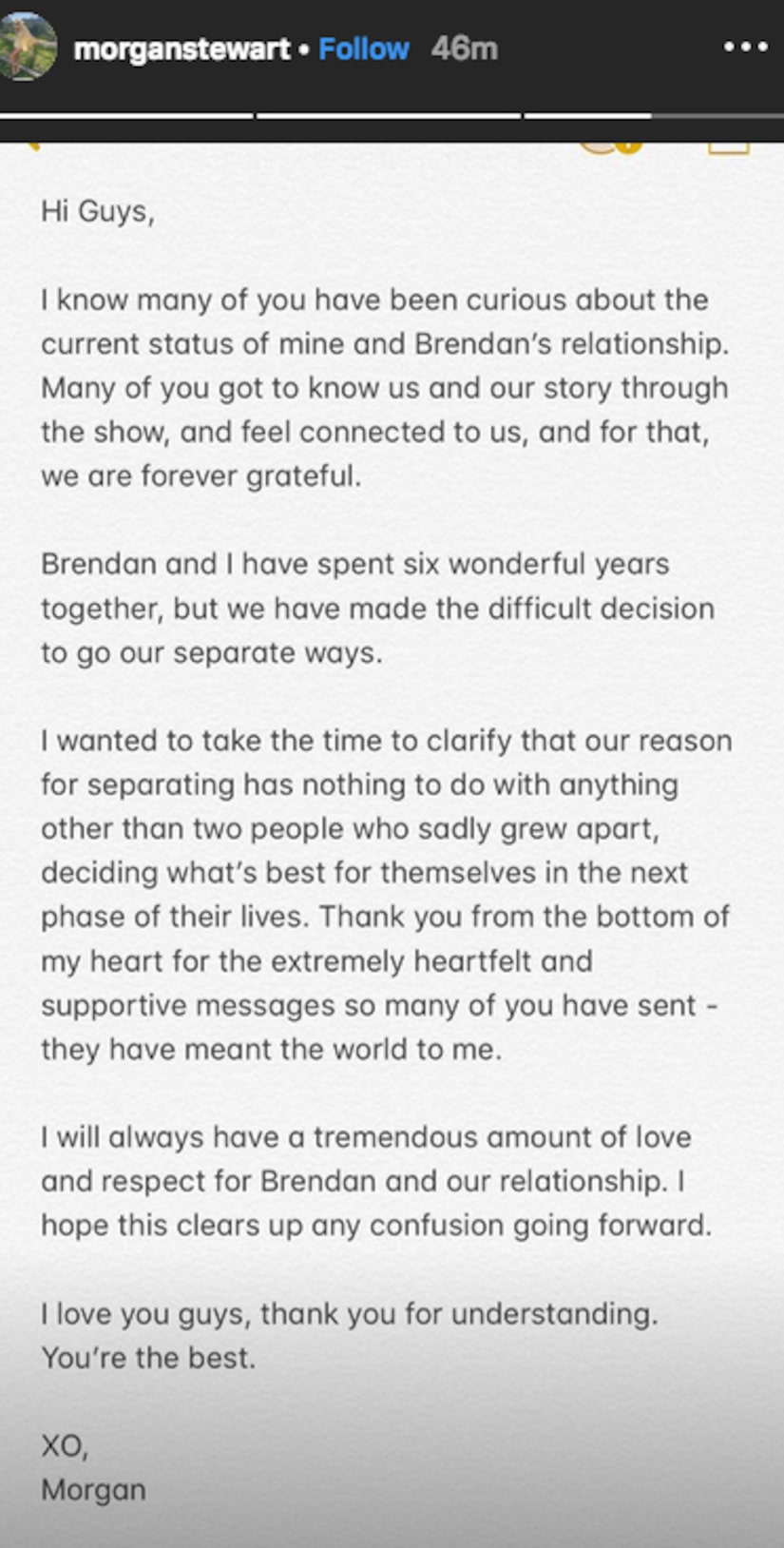 Brendan has not publicly commented on the split, but did go without his wedding ring to a wedding in Europe over the summer.

In June, Brendan shut down rumors that he wanted a divorce, telling Page Six that the rumors are “not true.”

Despite Fitzpatrick's denial, a source told the outlet, “Through contacts, I heard that Brendan and Morgan are in the process of getting a divorce. Brendan is telling people who he works with at The Agency.”

To fuel more rumors, the couple did not celebrate their third wedding anniversary on social media. An insider said, “No likes, comments or anything. They share a birthday and it's usually a big celebration together. It had people talking.”

The split comes months after rumors started swirling about Stewart and former television executive Bryce Kristensen. They both denied allegations of an inappropriate relationship. Stewart told Page Six, “Bryce and I have known each other since the beginning of my career and have been nothing more than friends and colleagues. I look forward to moving past these hurtful rumors and innuendo. As for Brendan and I, we remain happily married.”

Stewart and Fitzpatrick had been married since 2016. They rose to fame on “Rich Kids of Beverly Hills,” which premiered in 2014.