“The Magicians” actress Stella Maeve, 29, and “Deadly Class” actor Benjamin Wadsworth, 19, have a baby on the way!

On Tuesday, Benjamin announced the big news, posting a pic of Stella pointing to her growing baby bump, which had a sign that read “12 weeks.” He captioned the pic, “So we have some news!”

Benjamin's “Deadly Class” co-star Maria Gabriela De Faria reacted to the post, saying, “I mean... been waiting for this post for weeks and it's even better than I imagined! CANT F**KING WAIT FOR THAT LITTLE BABY!! (Read in my crazy cat lady voice). I'm buying a bunch of vegan books to read to the child 😂.”

Stella shared the same photo on her Instagram story.

Just a few weeks ago, Stella was able to attend Entertainment Weekly's Comic-Con bash without drawing any attention to her baby bump. 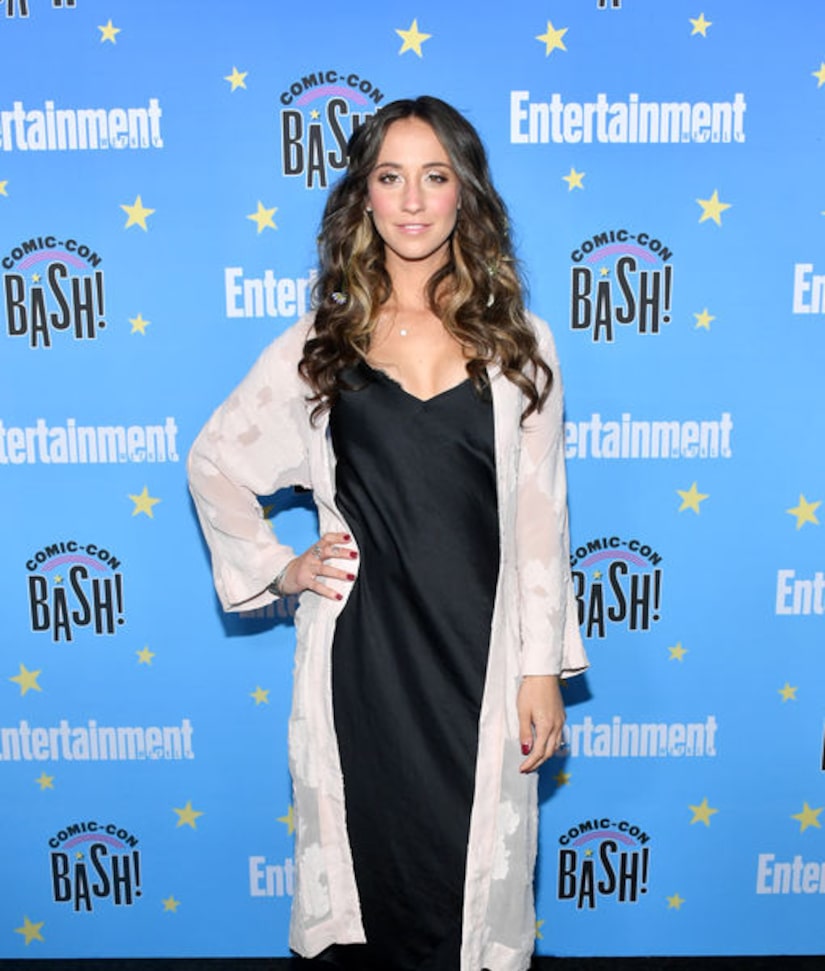 The baby news came less than three months after Stella and Benjamin announced their engagement. At the time, Stella shared a photo of her halo diamond engagement ring, writing on Instagram, “May 10th, this happened. My love, life, wife!💗.”

Wadsworth responded to the pic, writing, “MY WIFE.”

Less than a week before he popped the question, Benjamin posted a black-and-white photo of his love. He gushed, “I love her so much. She's so beautiful and full of energy. I'll never get tired of you @stellamaeve ♥️ I'm crazy about you!”

The pair met at San Diego Comic-Con last year. Earlier this year, Ben told Page Six about the first time they laid eyes on each other, saying, “I was waiting to go on to do the ['Deadly Class'] panel and my manager was talking to her and said, 'Ben, come over here and meet Stella,' and then it was up from there. She kept making eye contact with me, too, so I decided to go over and talk.” He joked, “She's rolling her eyes at me right now.”

While they aren't working together, could that change in the future? When asked if she would ever consider a gig on Benjamin's show, she told Page Six, “['Deadly Class'] is set in the '80s, which is my favorite decade. Why not? It's really cool!”