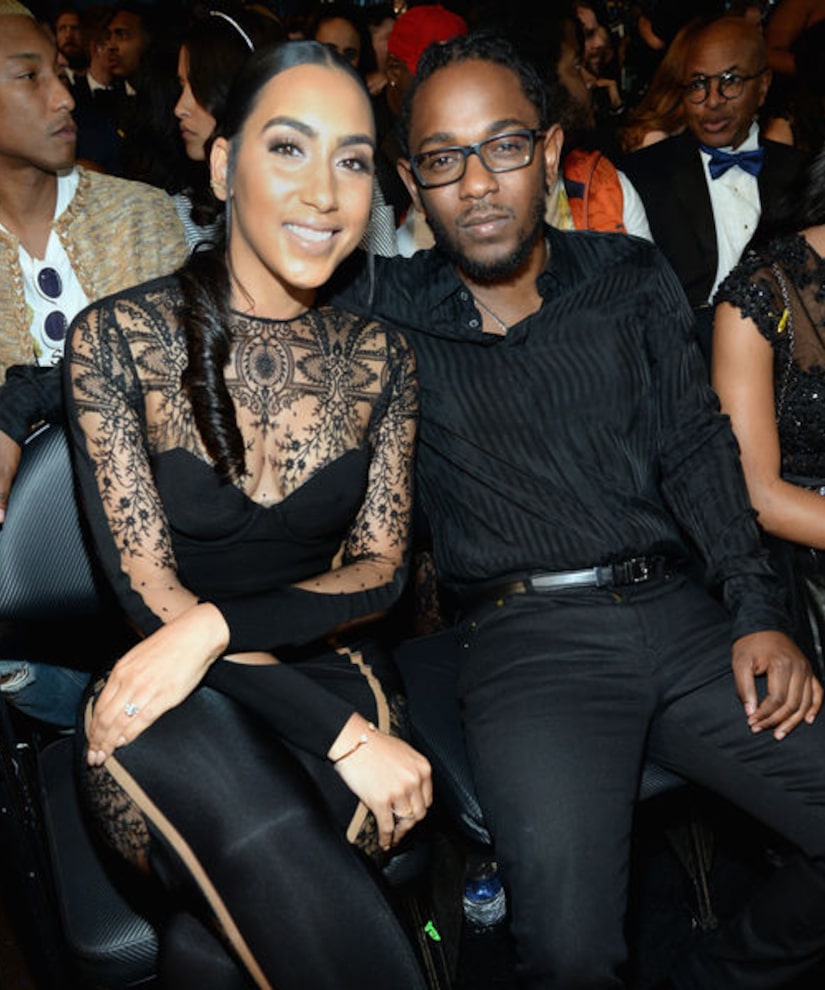 Rapper Kendrick Lamar, 32, is a dad for the first time!

Us Weekly reports that his fiancée Whitney Alford gave birth to a baby girl on Friday. The name of the baby has not been released.

Lamar and Whitney have not confirmed the baby's arrival.

Lamar, who has been private about his personal life, never announced they were expecting.

In 2015, Lamar acknowledged their engagement while promoting his album “To Pimp a Butterfly” on Power 105.1's “The Breakfast Club Show.”

Of their relationship, Kendrick said, “At the end of the day, you want to always, always have real people around you, period. Whether it's male or female, and everybody that's been around me, they've been around since day one… I always show respect when respect has been given, and people that have been by your side, you're supposed to honor that."

Around that time, Kendrick told Billboard about his high school sweetheart, “I wouldn't even call her my girl. That's my best friend. I don't even like the term that society has put in the world as far as being a companion — she's somebody I can tell my fears to."

Kendrick and Whitney have been together for 10 years, ever since meeting at Centennial High School in Compton, California.

While Kendrick made a name for himself in the music industry, Whitney earned a degree in accounting at California State University Long Beach before becoming a licensed aesthetician.