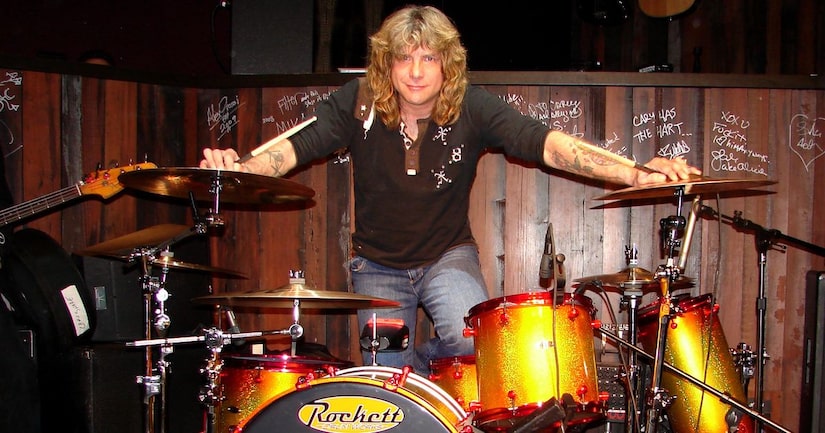 Former Guns N' Roses drummer Steven Adler has been admitted to a hospital.

TMZ reports Adler was rushed to the hospital after allegedly stabbing himself at his home in Los Angeles.

Law enforcement sources told the site that the 54-year-old suffered a stab wound to his stomach.

Los Angeles Police Department officer Jeff Lee revealed that local authorities responded to a call for a possible suicide attempt. He told People magazine, “Upon arrival, LAPD officers determined that there was no crime and the incident was being treated as a medical emergency only. The subject was transported to a local hospital with a non-life-threatening injury.”

Earlier in the day, Adler promoted his gig in Vegas on Instagram. He wrote, “Come get lucky with us at the Golden Nugget in Las Vegas July 12!!!"

Last year, Adler celebrated four years of sobriety. He told Blabbermouth.net, “My health is fabulous. Actually, tomorrow I will have four years and four months of no drinking. And I haven't done drugs since 2008. So I've never been happier.”

He added, “After, like, the ninth month of not drinking, my whole life did a 180[-degree] turn. Everything changed. I became happy again. I love life again. I enjoy the sunsets. I enjoy the sunrise. It's beautiful."

Adler has struggled with substance abuse for three decades. He was fired from Guns N' Roses in 1990 over his drug addiction, Rolling Stone reported.

In 1987, Adler was briefly replaced on tour after breaking his hand following a fistfight. Two years later, he did not join the group for the American Music Awards because he was at a drug rehabilitation program.

Over 10 years ago, Adler appeared on the second season of “Celebrity Rehab” with Dr. Drew. His mother recently recalled his time on the show in her book “Sweet Child of Mine: How I Lost My Son to Guns N' Roses,” writing, “I received a phone call from the producers of 'Celebrity Rehab.' Unbelievably, they wanted me to come in and visit Steven, who, as I stated, had become the most powerfully charismatic presence on the show. In fact, he was such an audience magnet that VH1 decided to cash in on his immense popularity by developing a new spin-off show ['Sober House'].”

He would return to “Celebrity Rehab” in 2011. In one episode, he told his counselor, "I did drugs for 20 years. I threw everything away. Now, I'm paying my dues again. Ever since I started working with you and Dr. Drew, my life has changed."

The following year, Adler reunited with his Guns N' Roses bandmates when they were inducted into the Rock and Roll Hall of Fame.