Sources told the site that Eva separated from Leo in December. They had been married since November 2017.

Last year, Eva celebrated their first anniversary, tweeting, “Not only is it our first [London] preview [of 'Hadestown,'] BUT it's also this guy & mines one-year mark for gettin hitched. Tis a special day because I'm in love with this show and very much in love with [Roberts].”

Eva has cleaned up her Instagram, wiping all photos before April 4. That same month, she posted a tribute to Reeve, writing on Instagram, “you unicorn. very thankful for you. we just opened our second broadway show. & it's your birthday today. we don't have fun at all, do we? ✨🖤🥂.”

Reeve has also posted pics of Eva on his Instagram, even showing love on her birthday. He wrote, “Wishing the happiest birthday to this incredibly special human whom I have the pleasure of working with day in and day out, @livevamaria 🖤.”

In response to the rumors, a rep for “Hadestown” told Page Six, “Reeve and Eva are starring in one of the greatest love stories ever told on Broadway, but how [their characters] Orpheus and Eurydice spend their time offstage is not for us to say.”

Carney was recently linked to Victoria Justice, his co-star from TV's “Rocky Horror” remake. In February, he posted a pic, wishing her a happy 26th birthday. That same month, she also showed her support for him at a performance of “Hadestown.” 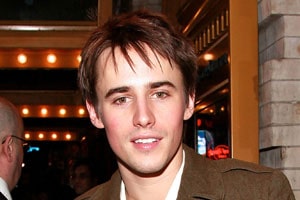