Nearly two months after her sudden passing at age 24, new details are emerging about the death of Lauren Braxton.

E! News reports that an autopsy has been completed and the cause of death has been determined. The medical examiner's office in Maryland revealed that Braxton died from a heroin overdose and fentanyl intoxication.

Fentanyl has played a role in the deaths of Prince, Mac Miller, and Lil Peep. 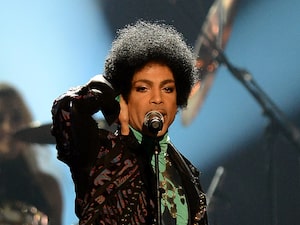 New Details on Prince’s Death — What His Toxicology Report Reveals

According to the incident report, obtained by the site, Braxton was found unresponsive on the kitchen floor by someone who had been talking to her 10 minutes earlier. The witness called 911 immediately, but Braxton was pronounced dead by the paramedics, who were unable to save her.

At the time of her passing, Lauren's father Michael, Toni's young brother, told TMZ that she died of a heart condition.

Toni Braxton, who was performing at the Tobago Music Festival, broke her silence days after her niece's death, writing on Instagram, “R.I.P to my amazing niece Lauren 'Lo Lo' Braxton…I'm still in disbelief and so very heartbroken 😥💔 Love you…always auntie 'Te Te.'”

In an Instagram Live, Lauren's aunt Tamar Braxton revealed that it was the first time she had lost a family member and explained why she wouldn't attend the funeral. She said, “Nobody tell you about going to the damn funeral. I don't have time going to the funeral. I'm still drained from that… It's a lot… Everything happens in God's divine order and you've got to respect it and praise him anyway.”

Tamar was criticized for her comments and responded with an image that read, “PSA: Don't tell people how to heal from something you've never been through.”

After news broke about her death, Michael and Toni's sister Trina wrote on social media, “God sent me another angel! Rest in Heaven Lauren 'LoLo' Braxton."

The sad news came just a few months after Trina's ex-husband, Gabe Solis, died at the age of 43 after losing his battle with cancer.

Just a week before her untimely death, Lauren celebrated her son's birthday. Along with a series of photos, she shared, “Happy 1st Birthday to my Lor Stink!! I love you so much💙.”

She had been known for posting sweet birthday tributes to her family on Instagram, including for her mom, grandmother, and best friend.

Lauren also showed love to her dad in several Instagram posts. She captioned one post from 2016, “My reason. My heart. My world. My everything. My father🤓 ❤️‼️💯#️⃣1️⃣.”

Her dad was not a regular on “Braxton Family Values,” but he has appeared in some episodes. 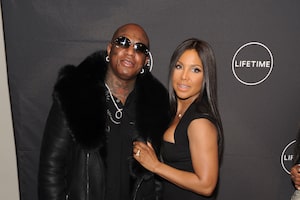 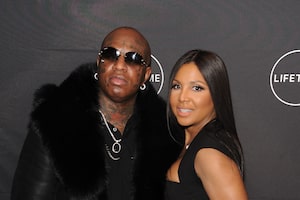 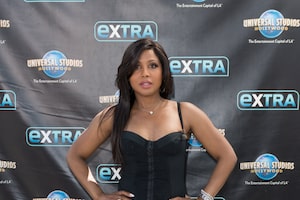 Toni Braxton on Her Struggle with Lupus, Plus: Is She Dating a Rapper?