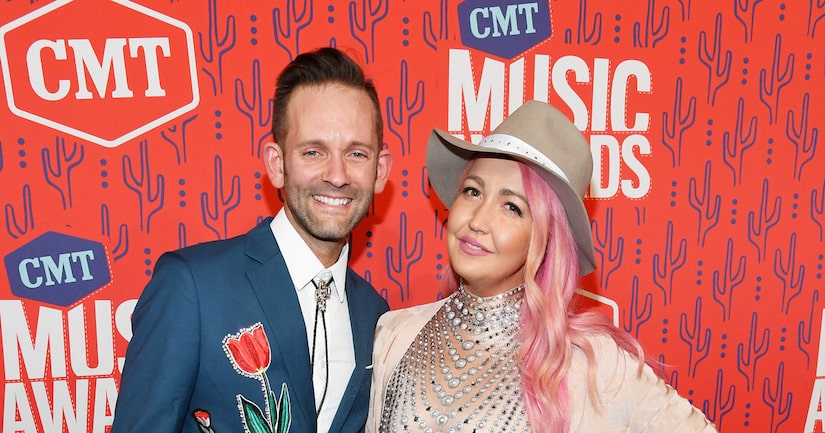 Singer Meghan Linsey, 33, and boyfriend Tyler Cain, 34, are taking the next big step in their relationship!

Earlier this week, Cain popped the question while they were shooting a music video in Alaska.

Linsey told People magazine, "We drove out to Homer, which is one of our favorite places, and headed down to the beach at Land's End. I thought we were just walking down to check out the location, but when we walked up, the videographer [Noah Douglass] was already flying the drone around us. I assumed he was just testing everything out, but it did seem a little strange. That's when Tyler got down on one knee, and that's when I knew. I'm not easy to surprise, but he got me!”

Cain explained the reasoning behind his proposal, saying, "Meghan and I have toured all over the world together, and Homer is such a beautiful place for us. We made some amazing memories here together a few years ago, so I thought it'd be the perfect place to propose. I knew that after seven years of dating, it had to be EPIC!”

After the romantic proposal, the couple, who are going by "Meg and Tyler," resumed shooting their music video for their upcoming song "Nowhere with You.”

She shared, "If you know us, [it's] such an 'us' thing for us to do. 'Nowhere with You' is a love song about being happy with the person you love, no matter where you are. We wanted to shoot it in a beautiful place, and Homer is breathtaking. The whole day was just perfect, and I'm so glad we captured it all on film.”

As for her ring, Tyler chose a halo diamond sparkler. He dished, "Meghan is such a soulful, radiant and bold person that I wanted to find the perfect ring to fit her personality. When I met Lindsay at Giador, I knew she was the perfect person to work with me to design something one-of-a-kind and unique. Meghan wanted a peach stone instead of a diamond, and she loves rose gold. I'm really relieved that she loved it since it was a surprise.”

Linsey more than loved the ring, saying, "I love it because it's so me! I had told a friend what I wanted a while back and she had told Tyler, but I think this ring is actually even more perfect than what I had saved on my secret Pinterest board. He knows me so well. I didn't want a conventional ring. I didn't want a big diamond.”

Meghan's life changed when she met Tyler at a recording studio in Nashville in 2012. She elaborated, "I'm seriously a better version of myself with him, and it's not in a 'you complete me' kind of way. We're both very independent, and we let each other have space to do our own thing, but it's a good balance because we honestly love to be together. We also laugh a lot! Laughter is so important. I honestly don't think I knew what a healthy relationship was until I met Tyler.”

She knew they would eventually get married, but noted they weren't in any rush to walk down the aisle. "I mean, we live together, work together and have dogs together. The whole marriage thing has just never felt like a huge pressure for us. We're really happy, and that has been our focus.”

They are in the early stages of wedding planning, but it looks like they already have some ideas. Meghan revealed, "I'd love to do something with a New Orleans flare to it. That's where I'm from, and Tyler loves New Orleans too. It's just who we are. I want to keep it small, and I don't think either of us wants to do a big bridal party or anything like that. I definitely want to keep it low stress.”

Tyler added, "We have such amazing friends and family, and we are really so excited just to have everyone together and celebrate life, love and happiness!”

The engagement news comes more than two years after Meghan was bitten by a spider, which left a hole in her face.

At the time, she opened up about symptoms she struggled with, telling People magazine, "The swelling was the first thing, and then I ended up just having crazy, crazy symptoms. I had muscle spasms, then I had a body rash all over. They tell people to not look up things on WebMD, and I had looked up everything on WebMD, and I had every symptom. Every day was another thing.” 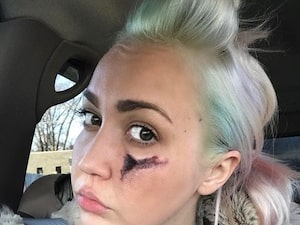 “I was supposed to be getting better, but I was getting worse — up until day nine, which is when the symptoms stopped happening and the necrosis started on my face." Meghan's scar begun to fade with the help of Stratamed, a gel dressing used on wounds. Her makeup routine changed since the incident. She shared, "I'm one of those people that just throws it on and goes, but now I have to put three or more layers on this one area of my face. It's kind of a pain at this point, but after going through everything I went through, I'm just glad to be alive.”

Meghan was the runner-up on the eighth season of "The Voice."