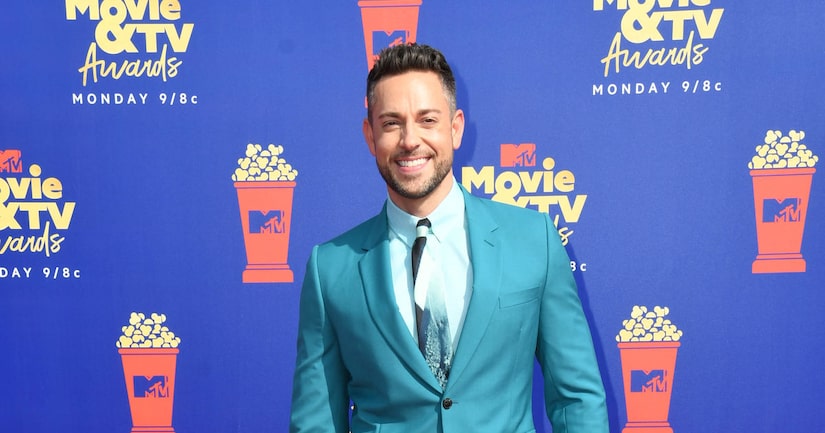 Over the weekend, “Extra's” Renee Bargh spoke to Zachary Levi on the MTV Movie & TV Awards ahead of his big night hosting!

He confessed to having some nerves about seeing all the celebs in the audience, saying, “You never know, until you have a full audience in there and you're staring into Sandra Bullock's eyes, just how nervous I'm going.”

After Renee complimented him on his green suit, he dished on whether he'd be donning the “Shazam” spandex. Watch!

Check out an exclusive sneak peek below of Zachary promoting the MTV Movie & TV Awards, which airs tonight. In the clip, he meets his tethered version of his family.