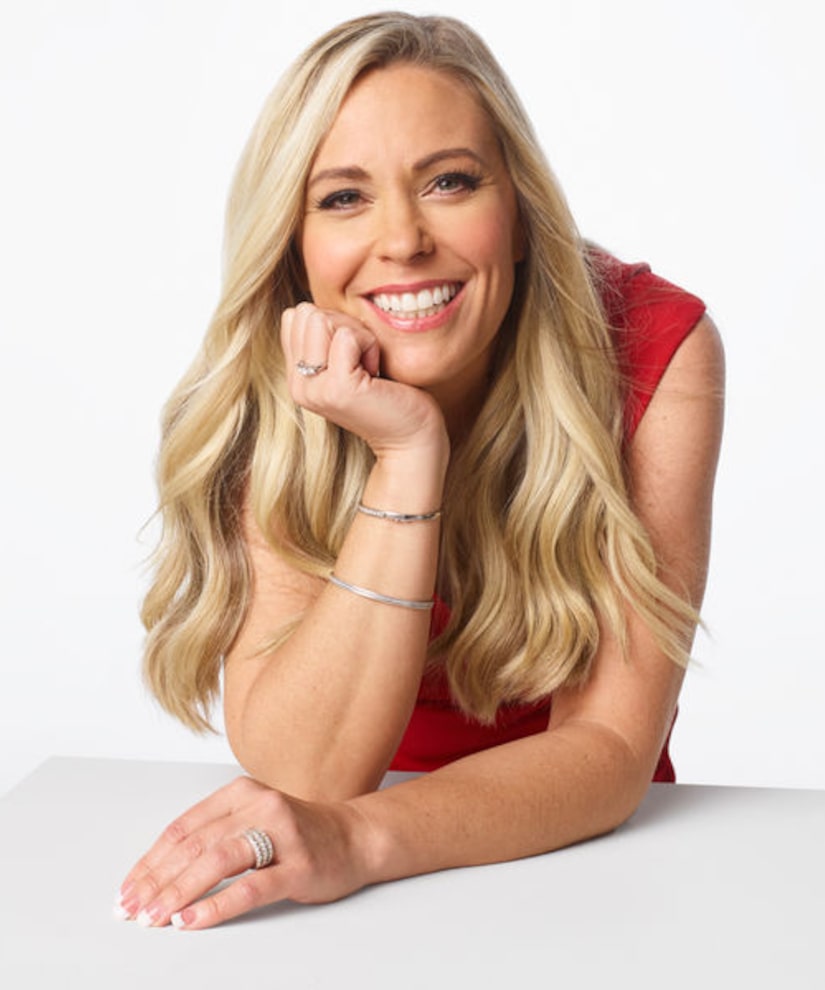 Kate Gosselin is back on TV. The mom of eight was with “Extra” Tuesday at our Levi's Studio in Times Square, dishing on her new dating show “Kate Plus Date.”

Gosselin explained why it was the right time to get back out there, saying, “I've been divorced for a decade,” adding that dating on TV felt “safer.”

“I do a lot on TV… It felt safer because kind of Internet dating is to me a little creepy… With my crew, which is basically all guys… to surround myself with them, it makes me feel safer.”

She added, “Mady and Cara are going to college and my little kids are going to high school and pretty soon I am going to be alone, just me and the dogs.” She said, smiling, “It was kind of now or never.”

Her kids are part of the process! “My kids are so supportive," she revealed. "They keep saying, 'Do something for yourself, you've done everything for us.'”

Kate was hesitant. “Scared to death at first… the last time I dated, I had a pager.” Her public divorce was also a big factor. “To go through a really painful divorce and have that all unfold led me to do the safe thing, which was just be me, mainly because I didn't want my kids to have to go through that again.” She went on, “I have to get it right — the stakes are really high.”

So did she get it right? “Many disaster stories… Many awkward… Many times I thought, 'I wish I could run and hide under that table.'”

She played coy about whether she found love, but did say, “This was a journey I learned so much about myself, so much about other people, so much about dating. I still think I have a lot to learn. It was fun.”

Tune in to “Kate Plus Date“ Mondays on TLC.