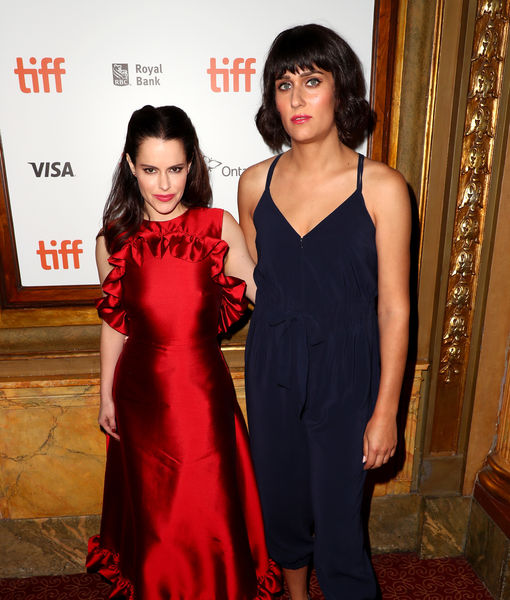 A source told Page Six, “They are over,” reiterating, "[They] will not get back together.”

Teddy and Emily sparked split rumors after they stopped following each other a few weeks ago.

It is unknown when they decided to call it quits, but they haven’t appeared on each other’s Instagram accounts in several months. The last time Teddy posted about Emily was in March, calling her a “hawtie.”

In February, Teddy opened up about engaged life with Emily, telling Us Weekly, “[It’s been] crazy, so good.”

When asked about their wedding planning, Teddy said, “We’re figuring it out. We might just elope, basically. That might happen.”

As for why her relationship with Emily worked, she pointed out, “It just has been, like, really amazing. And I think we like to move at the same pace, and we’re both, like, super into therapy. So, we’re getting good at doing all that sort of, like, processing stuff.”

While admitting they were “really bad” with Valentine’s Day plans, Teddy emphasized, “But we do lots of cute little things for each other all the time.”

Hampshire wrote in her own post, "#shesaidyes 😍💍 ...& she cried, then she made a video, then she posted it on Insta and was glad she got her nails done today. My millennial girlfriend is now my millennial #fiance & I feel like the luckiest girl in the world. 😍❤️."

In happier times, Emily and Teddy would openly gush about each other on Instagram. In one now-deleted post, Teddy shared, “I love her so much and miss her so much and I need to kiss her and I want to go dancing because she is so cute when she dances and she is my dream and and and goodnight.”

They made their red-carpet debut in September, attending several events at the Toronto Film Festival.

Geiger announced she was transitioning in October 2017.

Geiger, 30, is a former solo artist who as a songwriter and producer scored her biggest success with the Shawn Mendes tune "Stitches." Hampshire has had recurring roles on "12 Monkeys" and on "Schitt's Creek," on which she plays Stevie Budd.