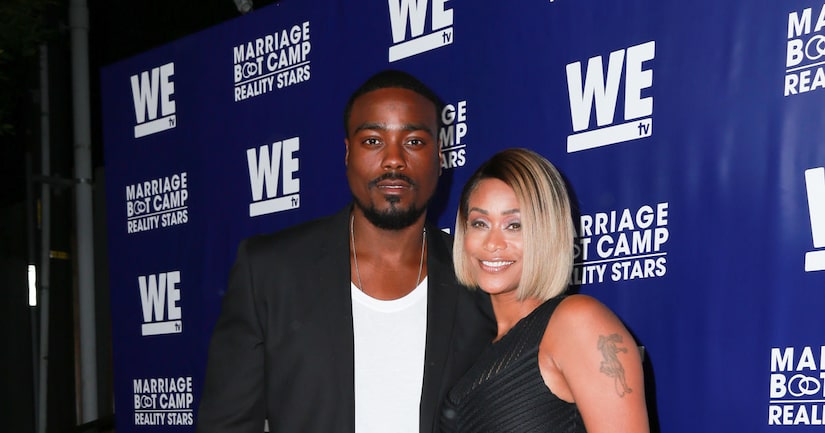 “Basketball Wives” star Tami Roman, 49, has been secretly married for nearly a year!

The same day they obtained the marriage license, Tami and Reggie tied the knot in Las Vegas, as a marriage certificate confirms.

The wedding came just months after Tami sparked breakup rumors by unfollowing and deleting photos of Reggie. He shut down the rumors, saying on Instagram, “Hate to let y'all down, but Tami and I are riding together until the wheels fall off. Folks hate to see people happy and prospering, but it won't work! Keep spreading your lies, you look miserable out here.”

Before they tied the knot, Tami addressed rumors that they would getting married, telling Sister Circle, “We still haven't gone there […] We're thinking about it. We're actually going to take the step.”

She emphasized, “I'm 48 and I don't want to spend the rest of my life by myself. And this man genuinely loves me. And this is something that he wants and never experienced. So I'd be selfish to not travel down that road with someone who I really love and who loves me.”

Roman recently celebrated her man on Instagram, calling him everything but "husband." She wrote on Instagram, “Screaming HAPPY BIRTHDAY to my homie, lover, best friend, confidante, protector, yin to my yang & overall safe place ❤️❤️❤️❤️@reggieyb1 our LOVE hit different & it's not for anyone else to understand, but us! I love you poppa...to life.”

In the Instagram photo, Roman was photographed without a ring on her finger.

While they haven't attended many public events together over the years, Roman has shown lots of love for Reggie on social media. Last month, she posted a video of herself with Reggie at an event, saying, “Last night was truly special to me! Having my love @reggieyb1 by my side always excites me 👅 He be smelling good AF.”

Tami and Reggie's relationship has been one of the major plotlines in “Basketball Wives.” In the last season, Tami and Reggie don't see eye-to-eye on having kids together and he's even seen getting into an argument with her daughter Lyric.

In 2015, Tami and Reggie also appeared on Season 5 of “Marriage Boot Camp.”

They have reportedly been together since 2013.

Rosen was previously married to NBA player Kenny Anderson, but they called it quits in 2001 after seven years of marriage. They have two daughters together.

Hopefully, Rosen and Reggie will address their marriage in the upcoming season of “Basketball Wives,” which returns this summer on VH1.