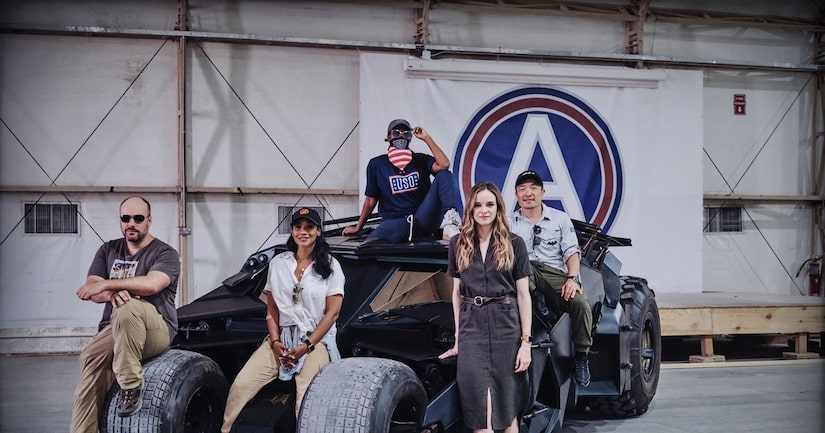 The group visited five military bases in three days, and brought along the famed Tumbler Batmobile! The service members also got an exclusive first look at the new “Pennyworth” series about Bruce Wayne's father, premiering July 28 on Epix.

To learn more about DC's partnership with the USO, visit Batman80.com.