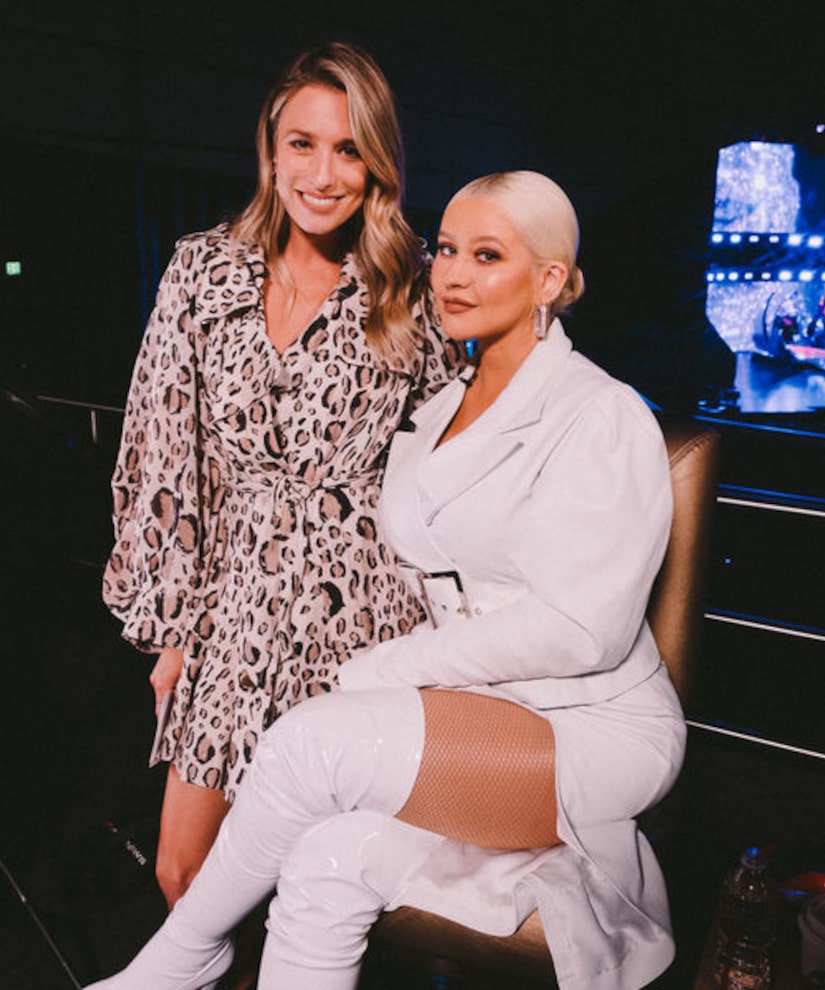 Christina Aguilera is taking over Las Vegas! The superstar officially kicked off her residency The Xperience at Zappos Theater on Friday.

“Extra's” Renee Bargh caught up with Christina over the weekend, and she gushed, “We kicked it off. I'm so excited, awesome energy. It feels really good, already feels like a family.”

Fellow singing sensation Demi Lovato attended opening night, and Christina told Renee it was, “Amazing. It was so wonderful to have her support, her love and energy at the show. She's a blessing.”

Xtina's family was also there to support her, saying her kids are there now after having school all week. "They showed up for the first time before opening night," she said. "I was like,'Wahhh'" Her kids did see the show. She explained, “They did, not the first night… They saw the show the second night. My son absorbs everything — he is very musical. He actually has a great voice.”

“When I see them here, I want them to have a fun time, I think they are very taken with all the visuals, the effects, confetti, all that good stuff.” She added, “They enjoy it.”

Aguilera recently spoke out about not returning to “The Voice,” giving her take on Adam Levine leaving. “Things run their course," she said. "When it's time, it's time. As a creative person, I think we have to be able to feel ourselves outside that kind of environment. Cheers to that!”