Backstreet Boys singer Nick Carter, 39, has another baby on the way!

Carter's wife Lauren Kitt is pregnant with their second child. On Friday, he announced the news with a pic of himself cradling her baby bump as their son Odin looks up at them. He wrote on Instagram, “Thank You God for giving us the greatest gift we could ever ask for 🌈. #pregnant #werepregnant#babykisses #happiness #family.”

Earlier this week, Lauren sparked pregnancy rumors as they were sightseeing in Barcelona. 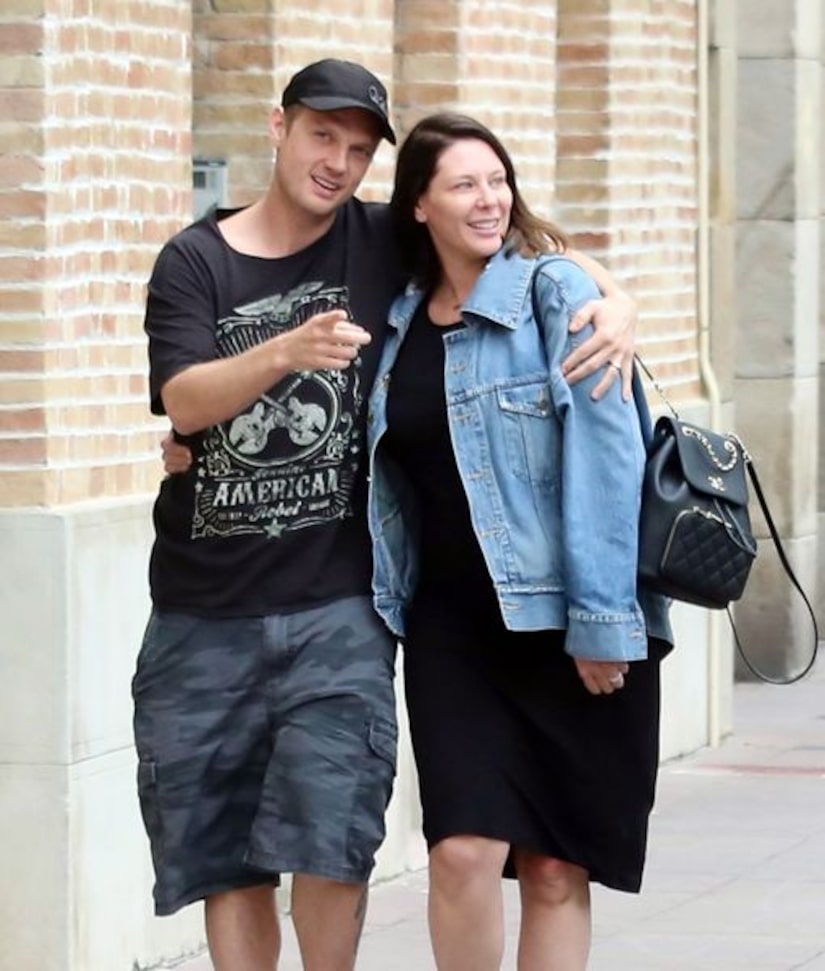 The news comes less than a year after Lauren suffered a miscarriage. In September, Carter tweeted, “God give us peace during this time. I really was looking forward to meeting her after 3 months. I'm heartbroken.”

He noted, “It was a little sister for Odin.”

Two months ago, Lauren posted an ultrasound of the baby to honor their little girl. Along with revealing it would have been her due date, she explained, “it's #internationalwomensday I thought I'd share with you all an often shameful subject that we as Women and Parents suffer in silence.”

“I accept circumstances out of our control and I've moved on from my losses, days like today remind me just how fortunate I am to have a healthy child and how BADASS women are, how much we endure with a smile on our face,” Lauren continued. “If you are struggling to start a family or have had a loss this post is for you, you're not alone and there is always hope.”

Nick has been open about their pregnancy struggles in the past. In 2015, he announced that they were expecting their first child, but revealed that they had previously suffered a miscarriage. On a pre-taped package on “Dancing with the Stars,” he said, “It's been rocky, to be quite honest with you. There have been times when we thought it wouldn't happen.”

Lauren, who was 16 weeks along at the time with Odin, said, “It was really hard on Nick. Just watching him get so excited about something, and then see him so hurt. That was hard.”

Nick popped the question to the fitness expert in 2014 in the Florida Keys after knowing her for five years. Two years before Odin's arrival, Nick and Lauren tied the knot at the Bacara Resort in Santa Barbara.

Last year, Nick opened up about how Lauren and Odin have changed his life. He told People magazine, “I've always had a love for family. And then obviously, things kind of happened for me in my life. And now that I have Odin, words can't explain how happy I am right now and how much more invigorated I am. I realize how blessed I am to have him, my wife, to have my group.”

He recently praised Lauren, saying, “For me to have a strong woman like her, who I love and trust… I knew she would be a foundation and a rock for me whenever times got tough. I knew that I would be protected with her. And we protect one another.”