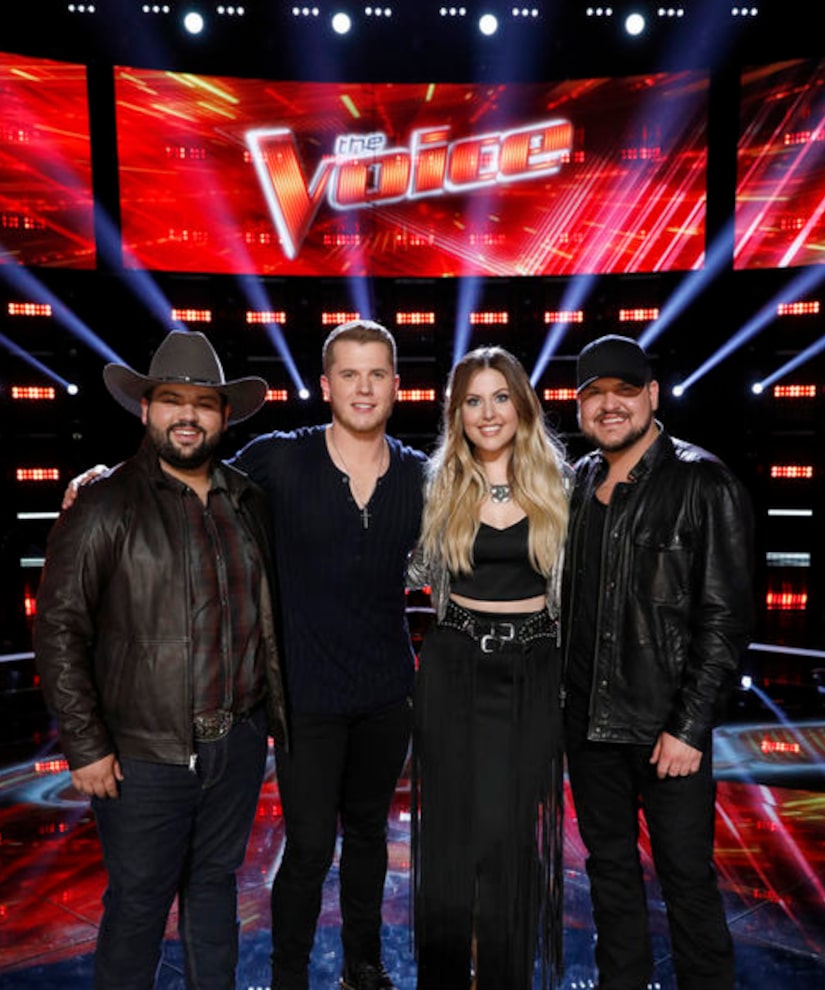 We are live-blogging “The Voice” finale results episode tonight!

The show is sure to be a wild ride as superstars like Taylor Swift, BTS, the Jonas Brothers and others take the stage before the Season 16 winner is crowned.

Adam Levine and Kelly Clarkson don't have a contestant in the finals, but the Top 4 include:

Keep reading to find out who won the top prize!

9:57 p.m. The winner is... Maelyn Jarmon from John Legend's team! That makes Gyth Rigdon the runner up.

10:43 p.m. Taylor Swift takes the stage with Brendon Urie to sing "ME!" Taylor is pretty in pink, wearing a shimmery dress with a fringe skirt, while they dance in front of a giant sparkly butterfly.

10:32 p.m. After a look back at Gyth and Blake's story, Gyth takes the stage with Hootie and the Blowfish to sing "Hold My Hand."

10:25 p.m. More past contestants are back and they are rocking the stage with Stevie Nicks' hit "Edge of Seventeen."

10:22 p.m. It is boys vs. girl, as Blake, Adam and John build their own clubhouse and keep Kelly out. That's ok, she builds her own and invites Carson to join her!

10:09 p.m. Lucky Dexter gets to perform with Toby Keith as he sings "That's Country Bro"!

9:54 p.m. It's another 90s hit! Sarah Mclachlan and Maelyn Jarmon perform a beautiful rendition of "Arms of an Angel."

9:26 p.m. More past contenders are back to sing Bobby Brown's "My Prerogative"!

9:22 p.m. Awww... the show is taking a trip down memory lane with Blake and Andrew Sevener.

9:18 p.m. After the commercial break, Blake sprayed Carson with the Manuré!

9:11 p.m. Blake Shelton has a new cologne and it's called... Manuré! In a hilarious spoof commercial, Blake introduces the scent that will "fertilize your senses" and promises "one spritz will take you to the rodeo." Watch it here!

.@blakeshelton is too hot to handle. pic.twitter.com/vSLUtSnf9N

9:08 p.m. The Jonas Brothers are bringing the summer vibes with pools, flamingo floaties and palm trees for their performance of "Cool."

If you looked up "Cool" in the dictionary... you'd find this GIF @nickjonas. pic.twitter.com/ZFGjZE2Psx

9:03 p.m. It is our first contestant and mega-star collab! Travis Tritt and Andrew Sevener are killing it singing "T-R-O-U-B-L-E." 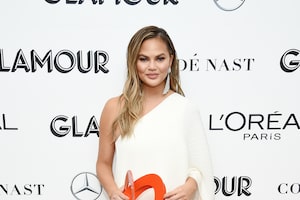 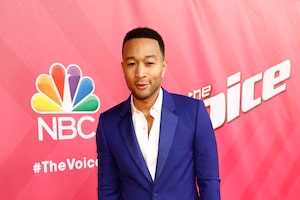 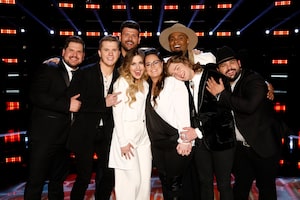