Spice Girls band member Mel B clearing the air on her health after it was recently reported that Mel B was hospitalized after experiencing temporary blindness in her right eye.

On Tuesday, she revealed the “real truth.” She wrote, “I had an awful experience last week when I went blind in my right eye and my left eye went blurry. Even though the stupid press said I'm ok and this has happened to me many times before, just to be clear I was NOT ok and this has NEVER EVER happened to me before,so who every is selling this story 'a close reliable source' is full of BS and needs to get there silly facts right big time,I was actually in a lot of pain and very very scared.”

Showing appreciation for the eye specialists who treated her, she revealed, “I was diagnosed by and eye specialist with severe IRITIS in my right eye and UVEITIS in my left eye.I'm taking multiple prescription heavy duty eye drops and other medication the dr gave me that I have to take every day to keep the inflammation under control.”

She noted that it'll take “the next 3/4 months to fully get it under control,” but she's “no longer worried” about the condition getting worse.

Mel ended the post on a light note, asking where she can get “a very cool Scary eye patch.”

A few months ago, Mel was rushed to a hospital after falling at a friend's house in London. TMZ reported Mel required immediate surgery for a severe cut on her hand and broken ribs. According to her friend Gary Madatyan, she was asleep upstairs, woke up, and lost her footing while going down a staircase.

Gary and Mel B's lawyer pointed out that drugs and alcohol did not play a part in her fall.

The 43-year-old isn't letting her eye issues get in the way of her rehearsals for the Spice World tour. She shared a photo, adding, “Me baby spice in rehearsals the other day having a moment together singing viva forever love you @emmaleebunton let's get this tour going.”

The best-selling female group will kick off their world tour on Friday in Dublin, Ireland. It'll be the first time they are performing together in seven years. One member will be missing from the tour… Victoria Beckham, who has become an established fashion designer since the group stopped touring together in 2000.

In November, Victoria spoke with “Extra's” Renee Bargh at Sunday's People's Choice Awards, explaining why she won't be along for the ride. She said, “I have so much going on with my business and my family."

There's no hard feelings, though! She added, “I think the girls are going to do a great job. They have great things planned, and I am looking forward to it.”

As for whether she will go see the girls on tour, the former Posh Spice admitted, “Absolutely! I am very, very excited for them.” 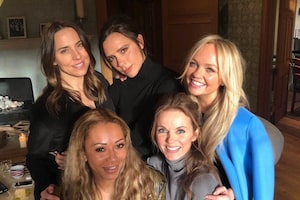 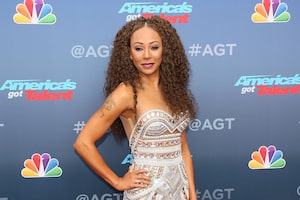 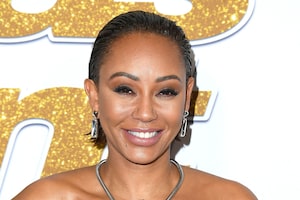