More than six months after their heartbreaking miscarriage, “Counting On” stars Josiah Duggar, 22, and wife Lauren, 20, are expecting!

The couple's first child is due in the fall. They released a statement to People magazine, saying, “Every good and perfect gift is from above and we are looking forward to this new season of parenting together!”

“God's faithfulness to us in our most difficult moments has sustained us and brought us such love and comfort,” they continued. “We cannot begin to tell you how much we are looking forward to holding this baby in our arms this fall.”

They also referenced their miscarriage by posing in front of a sign that read, “Rainbow after the storm. Baby #2.”

A few days before their big announcement, Josiah paid tribute to Lauren on Mother's Day. Along with a pic, he wrote, “To my dear Lauren… Happy 1st Mother's Day! I have seen you love, protect, and how much you have given without getting anything in return. I wish our sweet baby could've seen just how wonderful a mother you are.”

He emphasized, “Not all mothers arms get to hold their little one, or get to hear their baby's laughs and cries. You may have missed out on these things since our baby was called home to be with Jesus, but you ARE a mother. I love you Lauren!”

In February, Josiah and Lauren opened up on their miscarriage, which happened in October. In a “Counting On” clip from the new season, he said, “Lauren and I were actually preparing for a trip to go to a friend's wedding. She started feeling really sick and started noticing some different things. Mrs. Swanson was there, so she was able to help her out. I didn't know exactly what was going on.”

Breaking down in tears, Lauren revealed, “I wasn't feeling well. I was cramping really, really bad, which was quite strange because I normally don't. I was thinking maybe I had something that had gluten in it. It was late at night and I went to use the restroom and there was the baby. Gone. I couldn't believe it and I was hoping it wasn't true.” 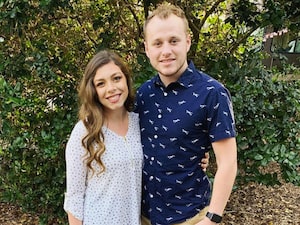 After their sad revelation, Lauren took to Instagram to show appreciation over the support she received. She said, “I just want to thank each and every one of you for your prayers, support, and for all you mama's out there for sharing your angel baby stories. It's easy to share those happy times in our lives, but sharing something hard, like losing a baby can be like putting salt to a wound,” she added. “I know by y'all sharing your stories it has not only helped me, but many other women who have gone through the same trials.”

Josiah and Lauren have been married for nearly a year.

There is a Duggar baby boom happening — Josiah's brothers Josh and Joe and his sister Joy-Anna are all expecting babies, too! Jessa's baby could be arriving any day now since she revealed her due date was late spring.

Watch all the baby madness on the upcoming season of “Counting On,” which airs in the fall on TLC. 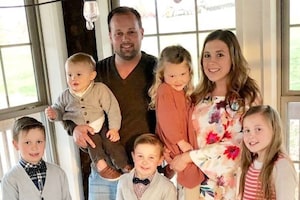 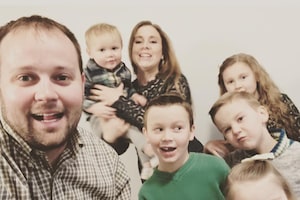 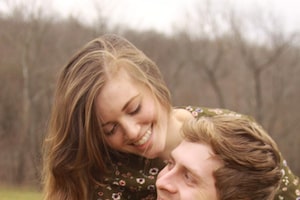 Another Duggar Baby! Joy-Anna Is Pregnant with Her Second Child