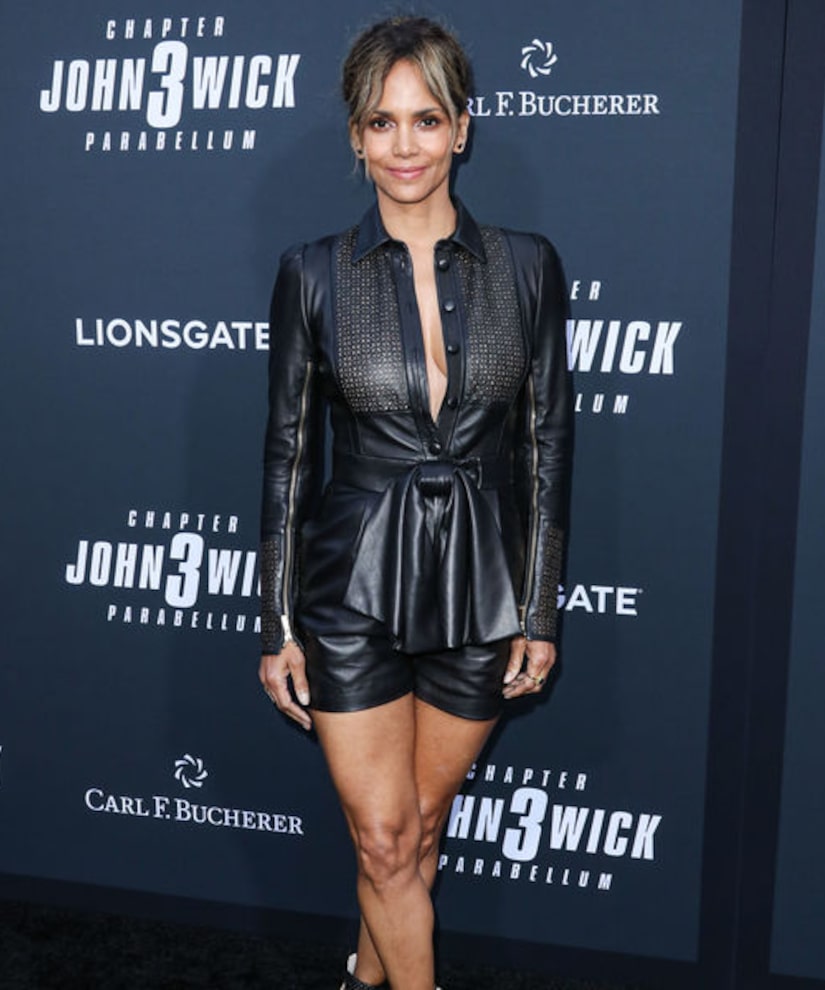 Berry looking amazing in a ripped from the runway black leather Teresa Helbig romper with a sexy up do showing of her new shaved design underneath. She told “Extra's” Terri Seymour she did it just before the premiere!

Halle joined Keanu Reeves for the third installment of “John Wick,” as an assassin, “I never worked so hard in my life, honestly, for a film role ever.” She squeezed years of training into months, “Yes, at least three years of training in six months.”

She praised Keanu, “I watched Keanu raise the bar every day so I had no choice but to step up to his level and try to be on par with him the best I could.”

Berry revealed she learned a new dance move on set! “I did learn how to floss,” she said, explaining, “I just wanted to learn and you know, Nisha, one of my trainers is just an amazing dancer so she taught me many dances on that movie… didn't make my Instagram yet, but they will.”

Her daughter Nahla knows how to floss, too! “Yeah, Nahla tried to teach me and couldn't, but Nisha taught me!”

So do her kids, Nahla, 11, and Maceo, 5, know how big of a star their mommy really is? “Nahla knows, my son just no, he really does think I'm a fairy or a princess or something fantasy like.” 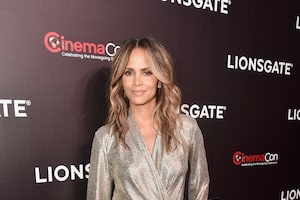 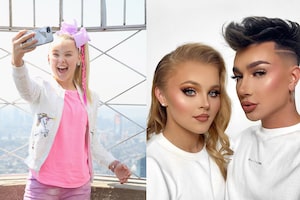 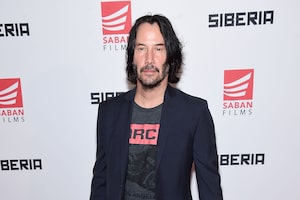 Keanu Reeves’ Honest Assessment of His Personality — Why He’s Perfect!