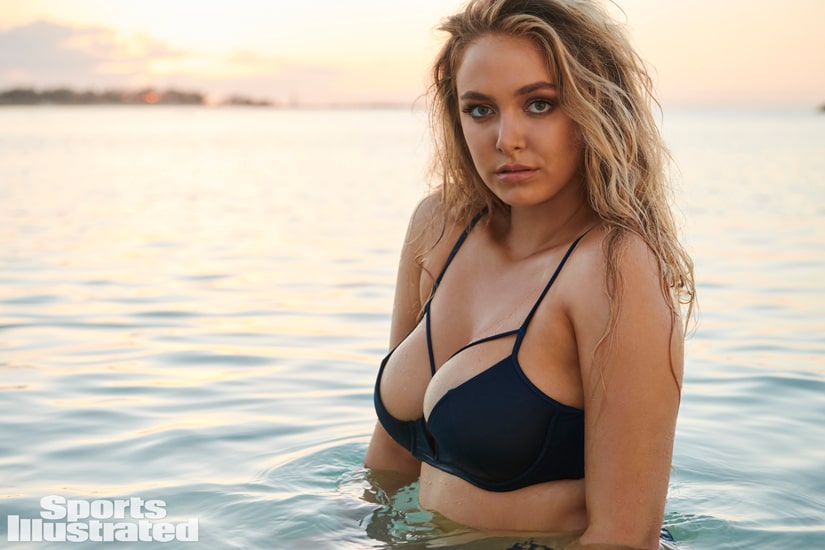 Too Fab caught up with Raine, a student at Belmont University in Nashville, who revealed how she got in shape for the shoot.

“I worked out really hard, I joined a boxing gym in Nashville where the rooms are heated, so it's like boxing in a hot yoga studio. I loved it,” Raine said. “I also have been doing yoga for almost three years, so I continue with that.”

She added, “Preparation was definitely a lot of physical preparation, but I would say I had to mentally prepare myself more, considering I am very new when it comes to modeling and I was going to be shooting for SI with Yu Tsai, who is so talented and experienced. The boxing and the yoga really helped with the mental preparations, not only physical.”

In one shot, she poses in a strappy black bikini top; in another, she's in a silver two-piece. 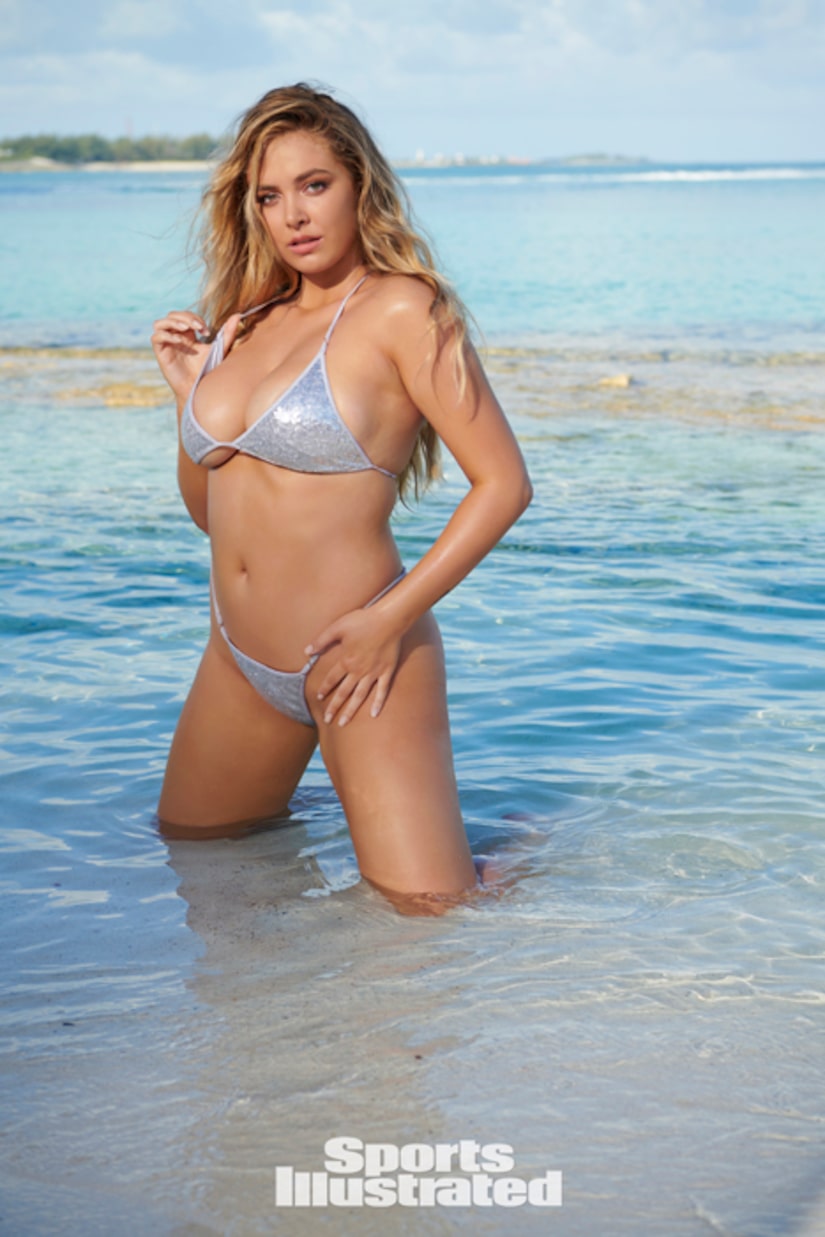 Michaels revealed the shoot took place in the Bahamas at The Cove, Atlantis.

“The location was beyond stunning. We were on beautiful beaches all day,” she said. “The shoot morning came and I didn't sleep much because of my nerves. I had to be in hair and makeup at 4:45 am, the makeup and the hairstylist, Pauly and Adam, calmed my nerves a lot and I love them for it. There was lots of music and coffee involved. When I got on set I was really working myself up thinking about how inexperienced I was, but [SI Swimsuit Editor MJ Day], Yu Tsai, the video team, and all of the rest involved really helped me through it.”

She confessed, “Wrapping that shoot was one of the most accomplishing feelings ever!” 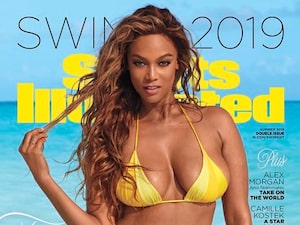 How does her famous dad feel about the shoot? “My dad has seen the photos — he thinks they are amazing. I think the direct quote from him was, 'You look amazing, Kid!' It is not awkward at all for me to show him the pictures because he is really supportive and knows that I am doing it for myself and not for anyone else's approval, which is a value he has really installed in both me and my sister. Both my parents, sister, and friends have been such amazing supporters in my journey and I could not be more grateful.”

Raine was one of six hopefuls in the SI Swim Search chosen to appear in the mag. The issue also features famous faces like Tyra Banks, Camille Kostek and others.

Watch our interview with Camille below! 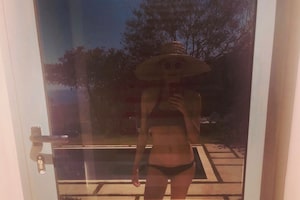 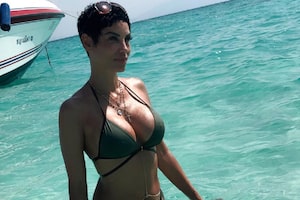