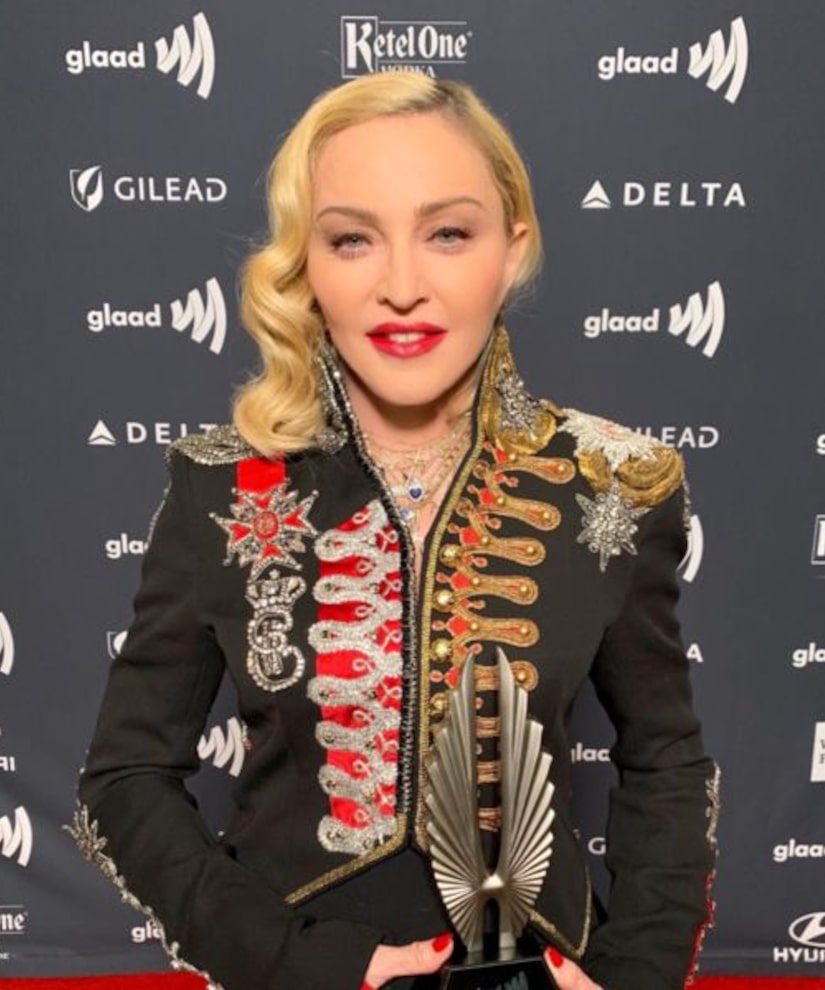 The Queen of Pop received the coveted Advocate for Change Award from LGBTQ advocacy group GLAAD Saturday evening during the 30th Annual GLAAD Media Awards at the New York City Hilton Midtown, where she was introduced via tributes by Anderson Cooper, Rosie O'Donnell and emerging pop artist Mykki Blanco. 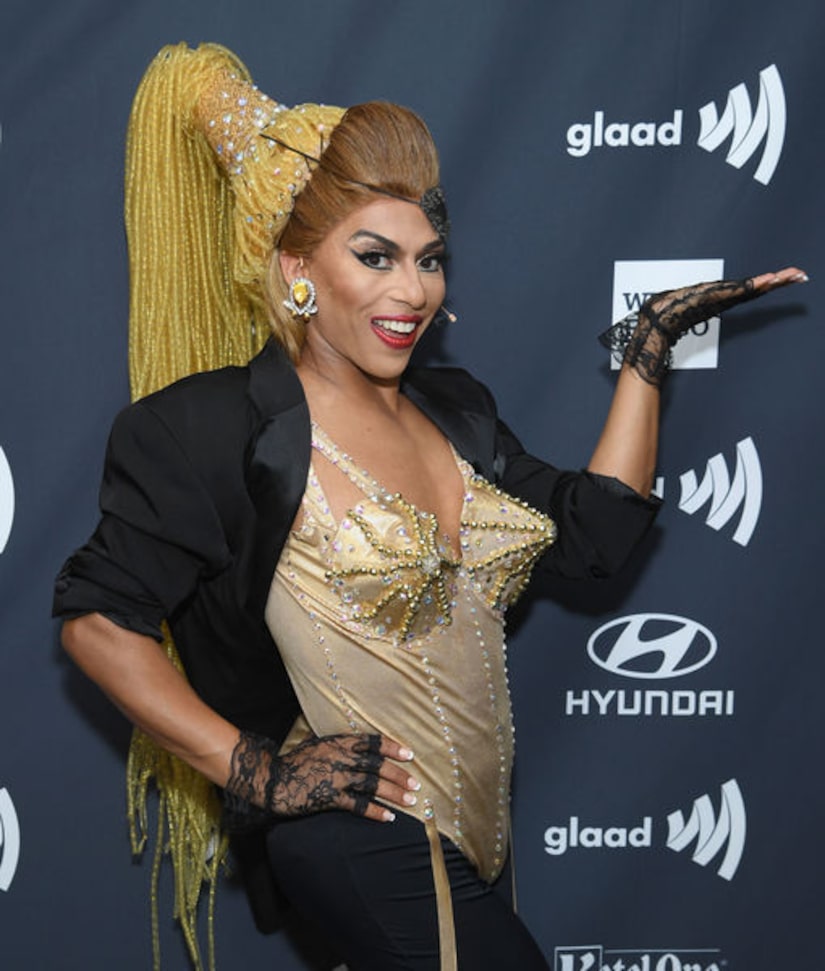 Getty Images for GLAAD
'RuPaul's Drag Race' superstar Shangela was in a league of her cone!

The tributes were preceded by a brief parody by drag artist Shangela in a vintage-Madonna conical bra!

Taking the stage in a sequined, heavily embroidered jacket that hinted at Michael Jackson, the icon name-checked influential gay men in her early life, including her dance teacher Christopher Flynn, best friend and roommate Martin Burgoyne, and pop artist Keith Haring, all of whom died of AIDS complications at the same time she was becoming a superstar. 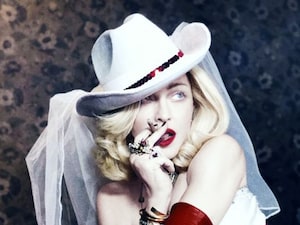 Madonna said that as her star rose, so did her sense of duty to fight "for all marginalized people," a "duty and an honor I could not turn my back on — nor will I ever." She recalled visiting St. Vincent's Hospital in Manhattan — the New York City epicenter of the AIDS crisis in the '80s — and crawling into bed with sick people to make them feel human. Madonna said she returned home smelling of death, but also of hope, and linked her early AIDS advocacy with her later interest in bringing relief to the African nation of Malawi, where she adopted four of her six children.

Getty Images for GLAAD
Madonna released "I Rise," a song in support of the LGBTQ community, Friday. On May 10, she will release her second "Madame X" single, "Crave."

Iron-willed Madonna teared up at the mention of her kids, leading her to joke that she was trying to channel Tom Hanks' character from "A League of Their Own," famous for declaring, "There's no crying in baseball!" 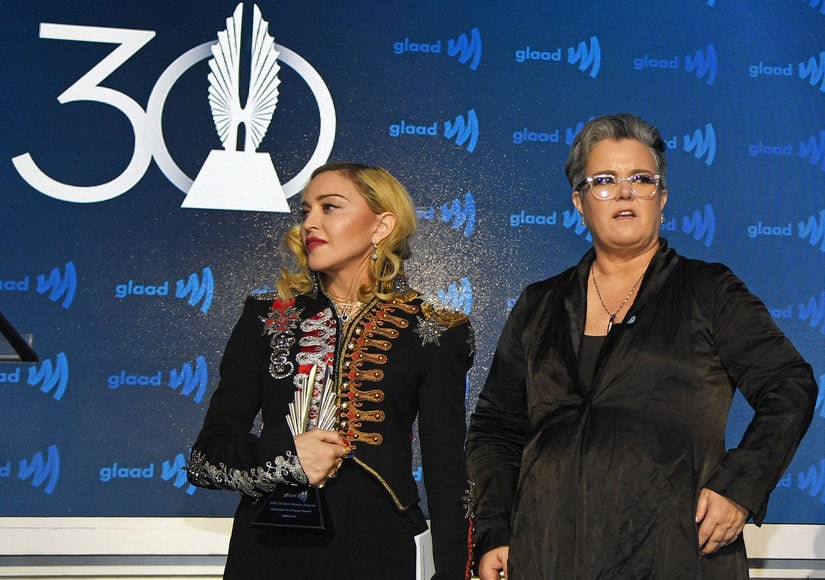 On a playful note, she zinged honoree Andy Cohen, flirtily stating she does her best work at night, something he knows about. She also said she is now "horrified" how "bratty" she was in her classic 1991 documentary "Truth or Dare"," but noted, "I had no idea I was gonna inspire so many gay men to (A) give [oral sex] to Evan bottles, or (B), just have the courage to come out and be free and take a stand and say, 'This is who I am — like it or not.'" She punctuated the "like it or not" with two defiantly raised middle fingers.

The woman who gave us "Express Yourself" did just that, ending with, "As soon as you really understand what it means to love, you understand what it takes to become a human being and that it is every human's duty to fight, to advocate, to do whatever we can and whatever it takes." Declaring that "Madame X" — the titular persona of her new album, coming June 14, as well as a nickname she was given by dance legend Martha Graham — "is a freedom fighter," she absorbed the cheering crowd's standing O, and was seen leaving hand-in-hand with O'Donnell. 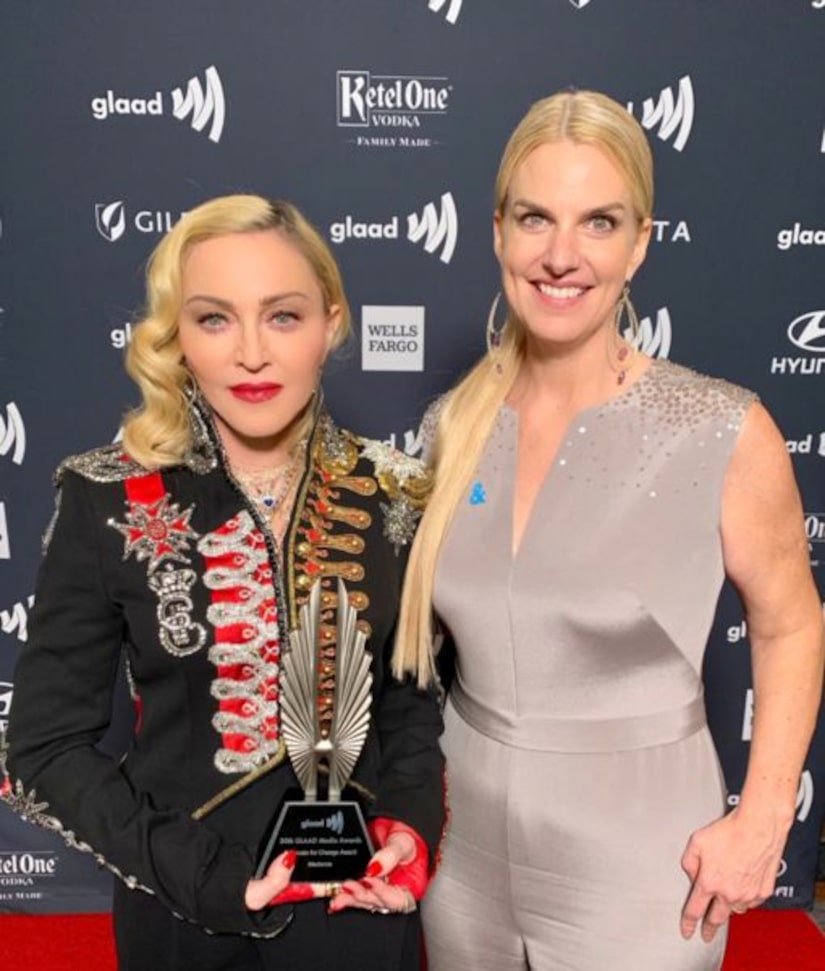 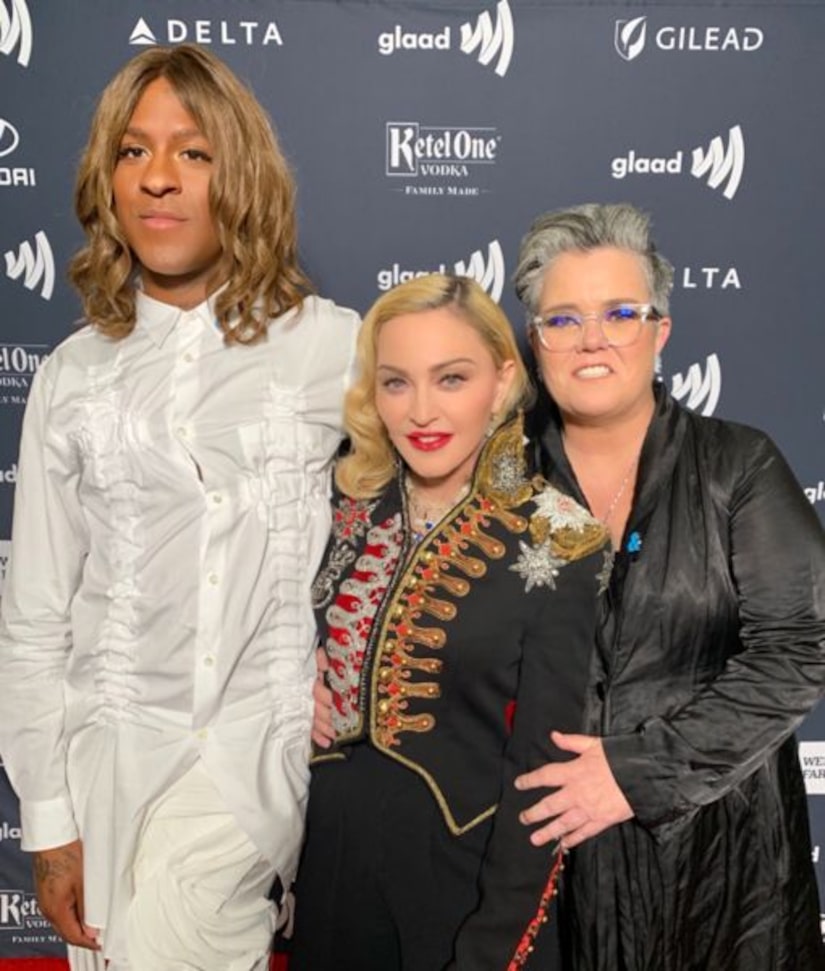 The 30th Annual GLAAD Media Awards will air exclusively Sunday, May 12, at 8 p.m. ET on Logo.