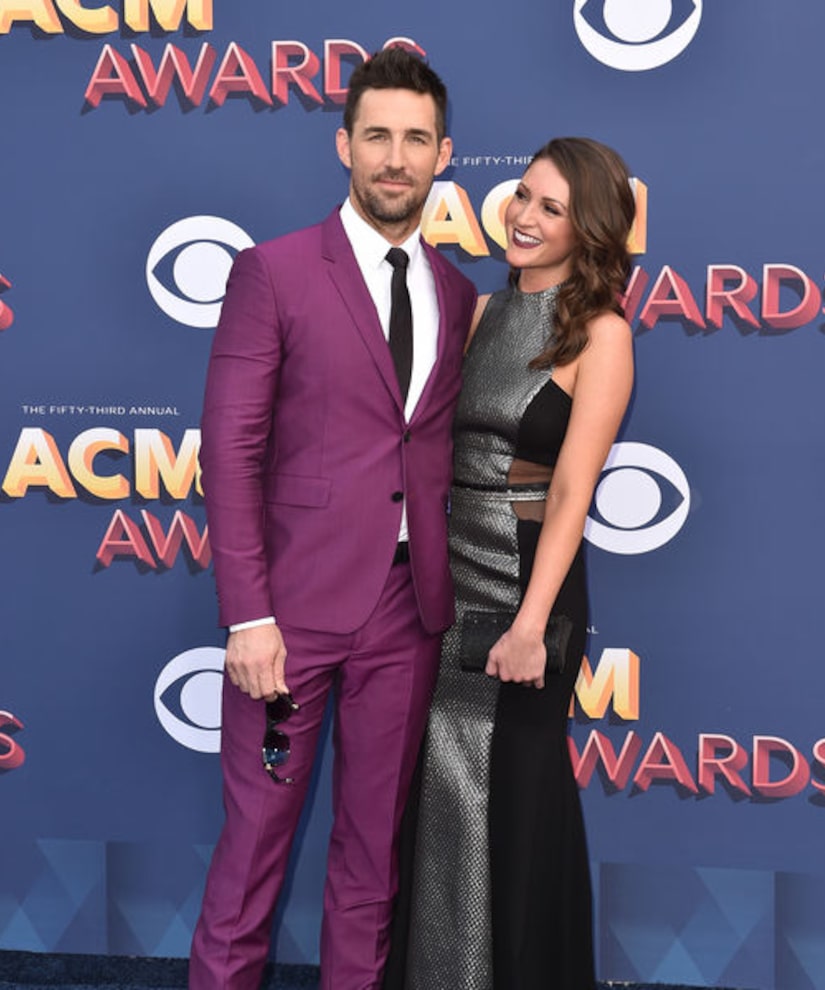 While he didn't share any baby photos, he pointed out that she has the same birthday as Willie Nelson.

Earlier this month, Owen pointed out that he was “in a great place in life” while awaiting his baby's arrival.

Owen is also the father of daughter Olive Pearl, 6, with his ex-wife Lacey Buchanan. Along with being “more calm this time,” he told People magazine, “To be blessed with another beautiful little girl is a big deal because I do think that it takes special men to be a great dad to a little girl. And I feel like, thanks to Pearl, she's shown me how to be a good father to little girls, and I'll be a great father to Paris because of that.”

During an appearance on ABC's "I'm Coming Home," airing in November, Jake revealed they were expecting. Joined by his parents and fraternal brother, he said, “[We] haven't told anyone, but Erica and I will be having a little addition to our Owen family.”

Jake and Erica, who have been together for two years, made their red-carpet debut at the ACM Awards last year. His single “Made for You” from his latest album "Greetings from... Jake" seems to be inspired by his relationship with the interior designer. He shared about the lyrics, “I have those same feelings for Erica. We're having a child together, you know, 'tiny shoes and tiny feet, two pink lines made for growing up,' and we both are at that place in our life, and I think this song really resonates for both of us strongly.”

Along with being a country star, dad of two, and a boyfriend, Owen is also adding actor to his résumé! He's been filming “The Friend,” starring Dakota Johnson and Casey Affleck, in Fairhope, Alabama. The movie is inspired by the true story of a husband getting help from his best friend to care for his terminally ill wife.