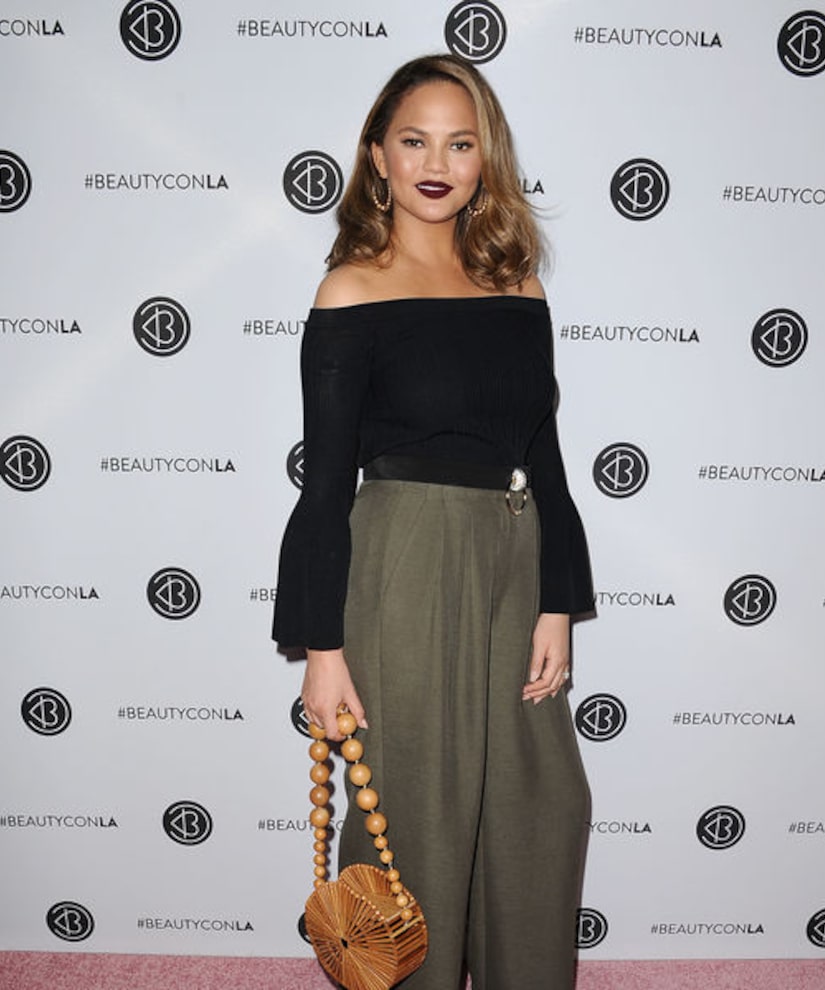 Chrissy Teigen is dishing on that gone-viral moment from Dwyane Wade's last NBA game with the Miami Heat earlier this month.

Chrissy and husband John were watching the game courtside when Wade accidentally crashed into them!

“Extra's” Tanika Ray caught up with Chrissy, and asked her about the memorable moment. She replied, “I looked over at John and he was soaking wet… and everyone was like, 'Oh you have an armpit in your face,' and I'm like, 'It's D Wade's armpit, I don't care'… People are like, 'Courtside is so dangerous,' I'm like, 'I'll take it, I don't care!'”

The basketball company Spaulding sent the family a large oil painting of the incident. Teigen dished on her plans for the piece. “We usually reserve artwork like that... that is sent to us... for the gym or the bathroom, but this feels like it needs more prominence in the room.” She described it as “amazing” and “cool,” adding, “I want to send it to [Dwyane] and have him and Gabby sign it.”

She also opened up about John's swim lessons with Olympian Ryan Lochte. “He's getting so, so good,” adding, “He's a big splasher.” 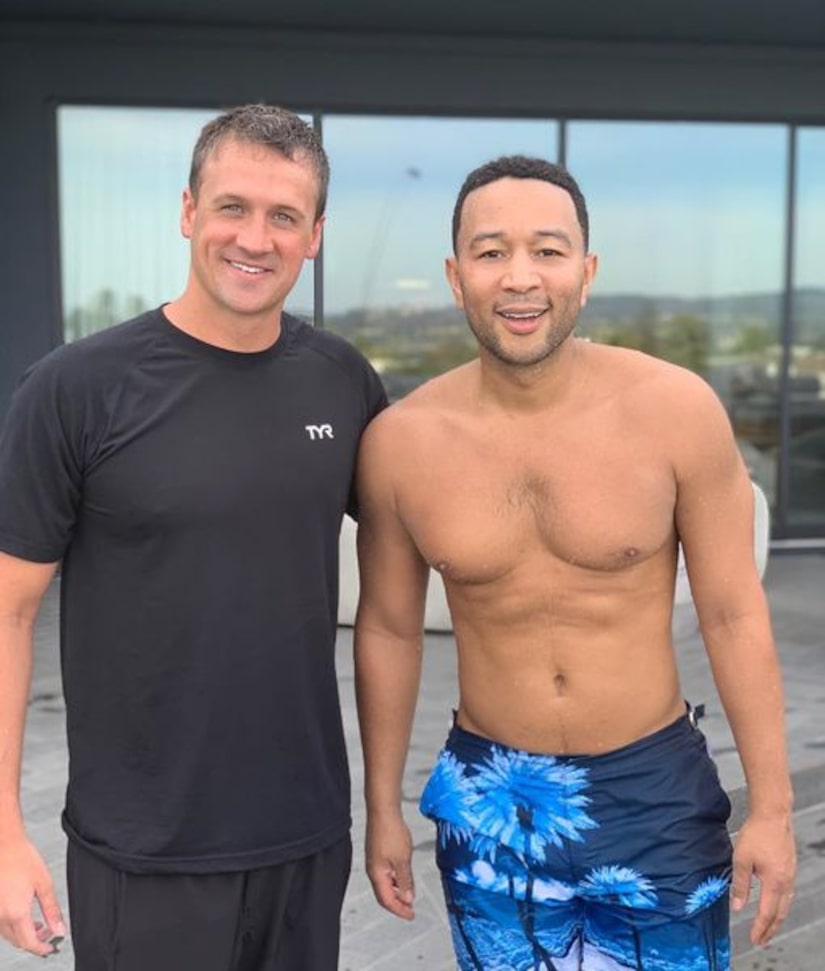 Teigen remembered the day Ryan came to the house to swim with John. “I woke up and he said, 'Ryan's downstairs' and I said, 'Okay.' I didn't know what that meant, and Iooked at his Instagram, and I'm like, 'Ryan Lochte is downstairs!'” She wanted Legend to learn for the kids. “Yeah, we go on vacations a lot, and it's never fun to be the one that's the odd one out.”

It turns out Chrissy doesn't love the water herself. “Even when I'm in the shower, I just stick my butt in the shower.” She said sheand John both take short showers, “We're in and out.”

If that isn't proof they were meant for each other… the couple just got matching tattoos. “I've been wanting one for so long, and I never really found anything that I really wanted until I had a family, and I'm like, this is solid.” Showing off a wrist tat, she added, “Mine says John, Luna, Miles… John's says Chrissy, Luna, Miles.”

Chrissy is expanding her empire into designing diapers, working with Pampers. “I got to design some diapers for them, which is really fun.” The “Chrissy Pack” is available only at Target.