Months after their engagement, Chris Pratt and Katherine Schwarzenegger have made their first red-carpet appearance together!

On Monday, Chris took Katherine as his date to the star-studded “Avengers: End Game” premiere in Hollywood.

The couple wore coordinated outfits for the big debut.

A day before, the couple were seen attending Easter mass with his son Jack at St. Monica Catholic Church in Los Angeles.

Their couple's religious values have played a part in their relationship. A source told People magazine, “They're very compatible and have a lot in common. Family is very important to both of them, as well as their spirituality.”

Last month, Chris told Us Weekly that he "barely" had time to plan their wedding.

Of their upcoming wedding, an insider shared, “Chris and Katherine's wedding will be a very intimate affair with just their closest loved ones. They don't want it to be a circus. The focus will be their commitment to each other, and God will play a very large role on their big day. It's been such a special time not just for them, but also for their families. Everyone is so excited.”

Chris popped the question to Katherine after six months of dating. 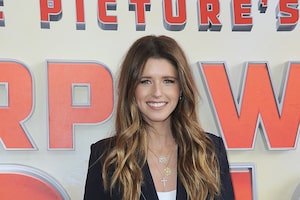 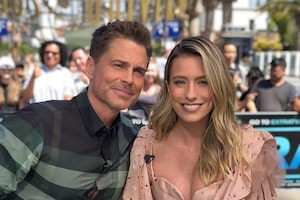 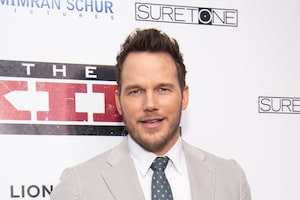