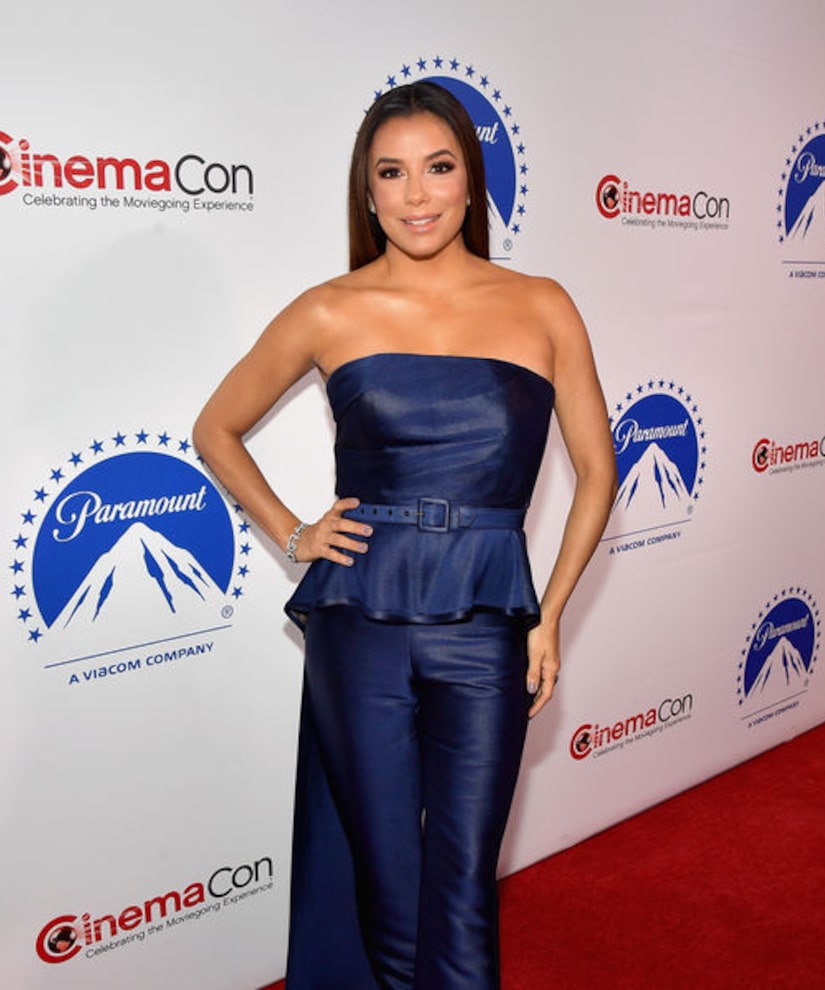 Actress Eva Longoria is one of the busiest women in Hollywood!

“Extra's” Renee Bargh spoke with Eva at CinemaCon to promote the Dora the Explorer movie, “Dora and the Lost City of Gold.” The mother of 9-month old baby Santi is getting her post-baby body back, saying, “It's coming back little by little… I was working so hard I injured my shoulder, so I had to stop a little bit, but I'm going back.”

Longoria is thrilled to be a part of the first Dora movie, dishing, “When it was announced, all my friends, Serena Williams texted me, Victoria [Beckham] texted me, everyone was like, 'Oh, my gosh!' It was such a global thing. I thought it was a Latina thing. Everybody knows her. To play her mother and to bring this animated, one-dimensional character to life was exhilarating and thrilling.”

The 44-year-old joked that fans may not recognize her, commenting, “Santi was six weeks old, so I am about 20 lbs. heavier.”

Eva is happy to do a movie that her son can see, pointing out, “Santi can watch, I'm not in lingerie.” She added, “I'd never let him watch 'Desperate Housewives.'”

Along with calling baby Santi “amazing,” Eva shared, “We just got back from five weeks in Toronto. I was directing a pilot for CW. It was snow and rain. I was like, 'I want to be in L.A.'”