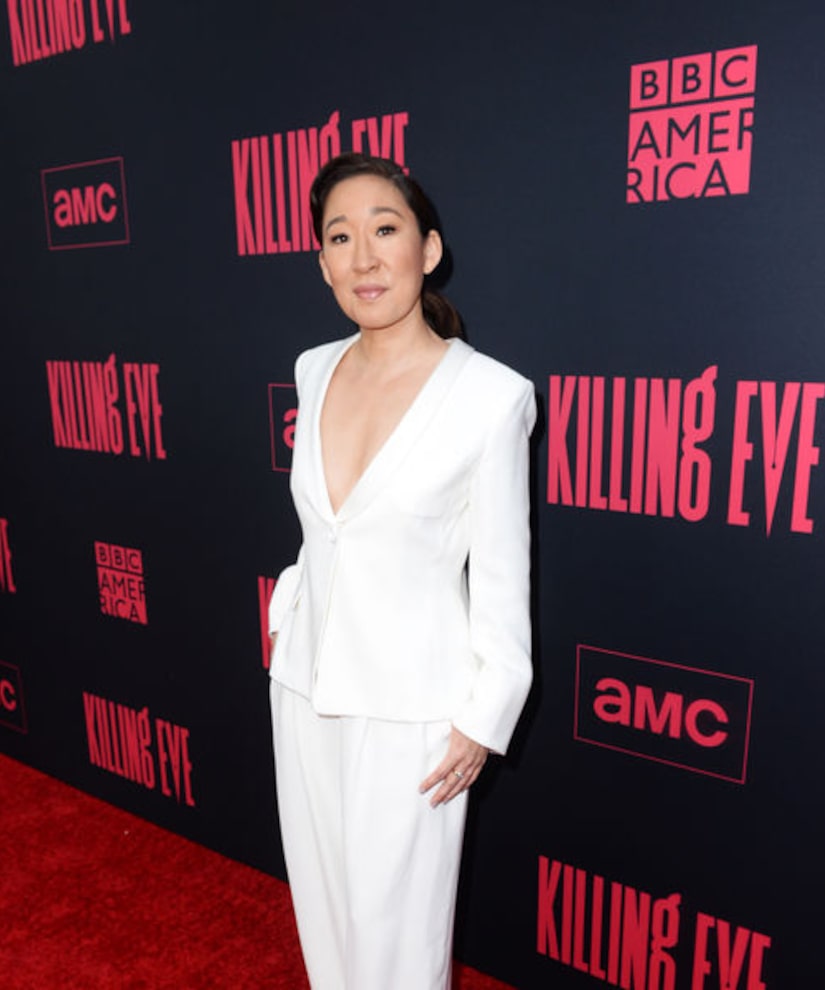 Days after hosting “Saturday Night Live” in NYC, Sandra Oh hit the red carpet at the Hollywood premiere of her hit of show “Killing Eve.”

“Extra's” Terri Seymour spoke with Oh, who was glowing! She said, “I really am right now in, like, the post-'SNL' glow because... it's so much fun and it is terrifying.”

Of the skit they did taking on the Jussie Smollett case, Sandra commented, “That skit is kind of about the absurdity of what we don't know and absolutely with that heartfelt comic touch.”

One TV show on which she won't be appearing — “Grey's Anatomy.” Of her performance on that show, for which she won a Golden Globe in 2006, Sandra said, “No. Creatively, you have moved on and while I know, and I deeply appreciate, because I can feel it from the fans, how much they love Cristina and how the show keeps Cristina alive, for me, ['Killing Eve'] is my home now... this is where I am… I am Eve and that's where I plan to stay as long as the show will have me, and that's really where I want to be.”

On "Killing Eve," Sandra plays an MI6 agent on assignment to track Villanelle (Jodie Comer), a psychopathic assassin. Both characters are bound by a mutual obsession, and Oh admitted she has an obsession of her own... but remained tight-lipped when asked to reveal it! "I am never going tell you. Are you kidding me?"

Sandra also isn't revealing what happened to Villanelle after she stabbed her in the season finale. She would only say, “You'll have to see…”

In January, Sandra hosted the Golden Globes, but would she consider doing it again? She answered, “It was the time of my life, it really was, and I feel like I can say that now in retrospect, but that's not what I do. The opportunity came along, and to work with [Andy] Samberg, that guy is top-notch, but I feel like again, it's that creative thing — it's done, it's done, I don't need to do that again.” 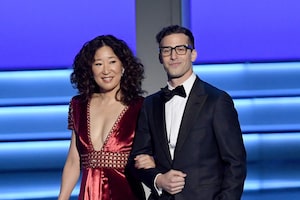 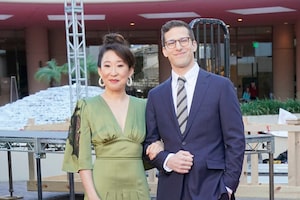 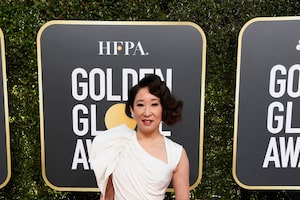